Khloé Kardashian and Lamar Odom just can’t seem to catch a break. First, there is a messy divorce and now a burglary — but are Odom’s drug dealers to blame? 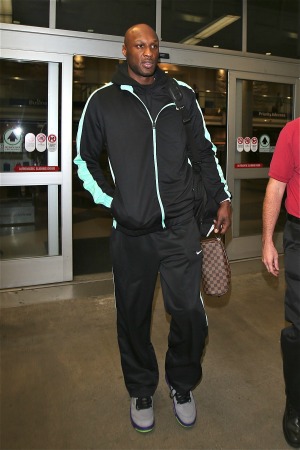 The plot thickens! Khloé Kardashian and Lamar Odom’s former seven-bedroom love nest in the Tarzana neighborhood of Los Angeles, California, was found burglarized on Monday around 4 p.m., and the thieves managed to get away with $250,000 worth of valuables!

It is truly an unpleasant experience to have to go through a burglary, and the reality TV star is determined to get to the bottom of it.

According to TMZ, Kardashian was previously convinced the robbery must have been an inside job because there were no signs of forced entry, thus someone may have had access to the house.

In fact, she was so convinced it was an inside job that she even requested all those who had access to her lavish home to take a lie detector test!

Although, as it turns out, that may not be necessary, because according to TMZ, the suspected villain in this story is Kardashian’s ex-husband‘s drug dealers.

Why? Well, apparently, the basketball player still owes his dealers for unpaid drugs! Odom is said to still owe one drug dealer $15,000 and another one $40,000, and no doubt these are not the type of people you want to be messing with!

Odom is currently in Spain playing in the European basketball league and trying to revive his career, and there are reports that the drug dealers in question are very unhappy that he has not settled his debts — so unhappy, in fact, that they have allegedly been texting him and threatening his safety.

According to TVNZ, police are still investigating the crime, which Kardashian and her momager Kris Jenner discovered on Monday night when they were getting the property ready for its new owners.

If this robbery is about Odom’s drug dealers getting revenge, let’s hope he sorts his issues out with them soon before this story takes a nastier turn.