After a February conviction of homicide in the death of Kile Glover, Jeffrey Hubbard was sentenced to four years in prison today. 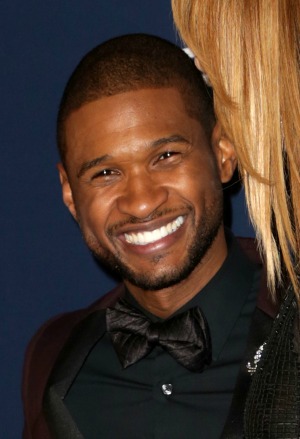 It’s been a hard road for the family of Kile Glover since the pre-teen was killed in 2012. But today the family got some closure as the man who was convicted of killing the boy was sentenced to four years in prison, according to the Atlanta Journal-Constitution.

Jeffrey Simon Hubbard was sentenced today by Superior Court Judge Bonnie Oliver for his part in the Lake Lanier boating crash that took place in July of 2012. In addition to the four-year prison term, Hubbard will also spend 15 years on probation for his convictions of serious injury by vessel, reckless operation, unlawful operation of a personal watercraft and boat traffic violation.

“I’m disappointed that you have not accepted more responsibility for what occurred,” said Oliver.

Glover was the son of Tameka Foster, who is the ex-wife of pop singer Usher Raymond. The young boy was unresponsive when he was pulled from the water following the accident and never regained consciousness. He succumbed to his injuries about two weeks later.

While Raymond was not Glover’s biological father, according to sources close to the family, the two were very close. “Tameka and Usher don’t get along, but in this circumstance Usher is coming to her side,” a friend told Us Weekly at the time. “Usher practically raised Kyle as his own. He’s known him for seven years. It is so sad what happened.”

Foster and Raymond have been at odds since the accident as well. In August of 2013, tragedy very nearly struck the family again, when then-5-year-old Usher Raymond V nearly drowned while under the care of Raymond’s aunt. Foster blamed Raymond for the accident and sought to regain custody of her sons, but her emergency bid was shut down by a judge.

Let’s hope that the conviction will give the family closure and lead them on a healing path.