Two of Katy Perry’s failed relationships may have ended for the same reason. For her next boyfriend, will Perry learn her lesson? 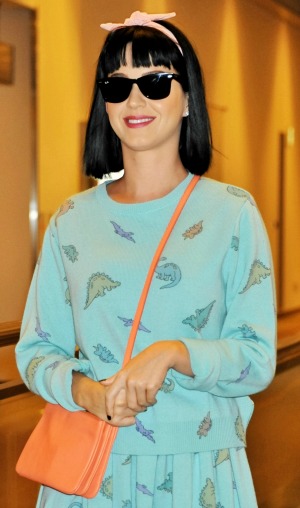 After one failed marriage, Katy Perry seemed truly happy with John Mayer. But their relationship ended suddenly, leaving many to wonder what happened.

“They’re two very strong-willed people,” a friend of Mayer’s reportedly told People. “Despite caring about each other very much and wanting to make it work, they are, at their core, quite different.”

“At times they seemed really happy together and in love, and other times he seemed like he just wanted to get away from all the parties and go home,” the friend added. “I can’t say I always blamed him.”

The complaint isn’t a new one. Perry’s first husband, Russell Brand, is also older than her, and reportedly complained just as much about her partying. A source told Us Weekly shortly after their split that Brand wanted Perry to settle down, but Perry refused to be a “Hollywood housewife.”

There was also talk that the comedian was ready for children, but Perry didn’t agree — and it was all caught on camera. In a scene from Katy Perry’s documentary, Brand brought up how he wanted to have a baby, and Perry responded with, “A baby can’t have a baby — and I’m still a baby.”

“[Russell] feels there’s no point in being married if you don’t have kids,” the source told Us Weekly.

Brand did prove that age doesn’t always mean maturity when he broke up with Perry over text message, and Perry appears to be just fine as a single woman again. There is a reason she is so successful, and her drive is keeping her busy out on the road. She embarks on her Prismatic tour beginning in May.