Channing Tatum is on bodyguard duty in Jupiter Ascending. The actor sports a very unique look in the new film by the Wachowskis. 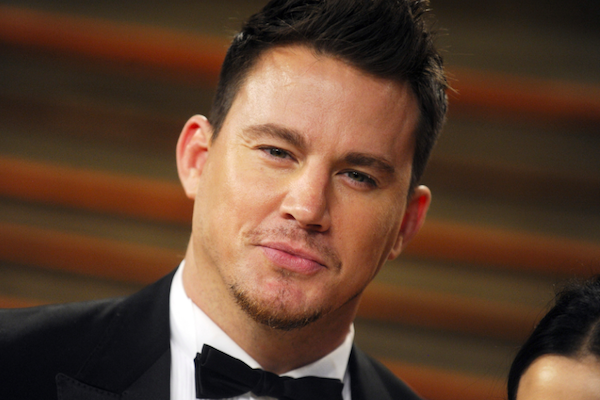 Channing Tatum goes from Magic Mike to sci-fi hero in Jupiter Ascending. He headlines the latest epic from the Wachowskis (The Matrix trilogy), which hits theaters this summer. The film also stars Mila Kunis, who plays the title character and Tatum’s love interest.

Warner Bros. has released a new international trailer that has us on the edge of our seats. The story centers on a young woman called Jupiter Jones (Kunis). At birth, she’s predicted to be the “chosen one,” yet her life’s nothing to write home about. She has a blue-collar job and encounters one bad break after another. The prophesy surrounding her seems to be a lie, until she meets a genetically-engineered hunter called Caine (Tatum).

This role shows Tatum like you’ve never seen him before. The actor sports bleached-blond hair (eyebrows included) and pointy ears. Somehow, he makes his alien look work. Not since Star Trek‘s Spock have we seen sharp ears this attractive. Tatum’s Caine is commissioned to protect Jupiter so she can live out her destiny.

VIDEO: Channing Tatum is “fat and happy” in fatherhood role >>

Little does Jupiter know, her birthright can alter the balance of the cosmos. In other words, her life is about to ascend to a whole other level. Before that can happen, Caine has to fight off various forces to keep them off Jupiter’s tail. Will he succeed?

Check out the international trailer for Jupiter Ascending below: