Mila Kunis and Ashton Kutcher are not only a couple in real life, they also play one on TV. The pair will appear as lovebirds on Kutcher’s sitcom Two and a Half Men. 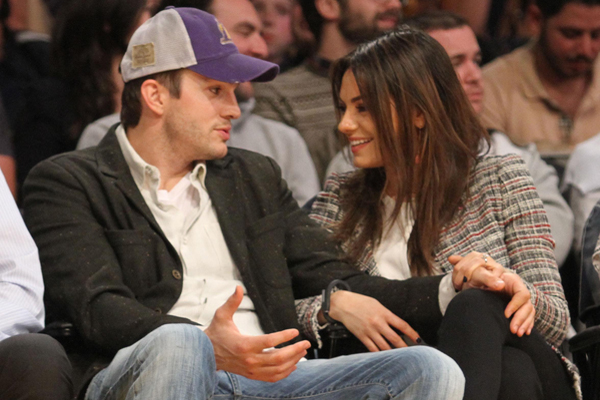 As if Mila Kunis and Ashton Kutcher weren’t a cute enough couple offscreen, the pair will appear together on Two and a Half Men to display their lovebird ways on prime time television.

The newly engaged duo will be romancing each other in an upcoming episode of Kutcher’s sitcom, where they will play a couple. According to People magazine, the plot line between the two actors will have Kunis’ character, Vivian, come between Kutcher’s character, Walden, and his current girlfriend who he was getting ready to propose to.

Of course, fans of the pair will know that Kunis and Kutcher played a couple on TV once before when they co-starred in That ’70s Show. Kunis played the role of Jackie Burkhart while Kutcher portrayed Michael Kelso, one of TV’s cutest couples.

But, while the Family Guy star, 30, and the Jobs actor, 36, starred on TV together and have been longtime friends, it took them a while to finally hook up romantically. Kunis and Kutcher didn’t begin dating until 2012, after much speculation that they had gotten together. Their relationship began not long after Kutcher split from his ex-wife, Demi Moore, following a very public and bitter breakup.

Since pairing up, Kunis and Kutcher have been spotted taking their romance all over the world together. Rumors ran rampant that the two wanted to get married but had to wait for Kutcher’s divorce to be finalized before he and Kunis could walk down the aisle.

Then, finally, the announcement was made in February that the esteemed pair was officially engaged. Sources confirmed the news after Kunis was seen shopping while wearing a big diamond rock on her left ring finger.