Along with Justin Bieber showing off his tats in jail and Miley Cyrus making out with Katy Perry, another troubled young adult’s antics have been making major headlines this week. Could the behavior of Rachel Canning, who’s suing her parents for child support, be linked to her famous counterparts? 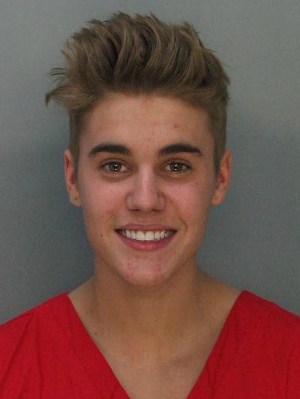 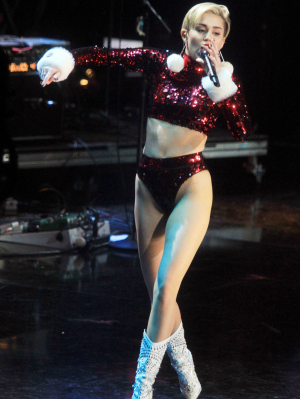 Rachel Canning, 18, has what many are calling a frivolous lawsuit to thank for her instant celebrity. In the suit, the high school senior alleges that her parents kicked her out of their New Jersey home, leaving her to support herself financially. Which, she asserts, she is unable to do.

As such, Canning is demanding her parents fork over the tuition owed for her final semester at her private high school and be required to commit to paying her college tuition. She is also asking that they pay for her current living and travel expenses (she’s living with a friend), along with her legal fees for the suit.

In a decision handed down today by Judge Peter Bogaard — who had harsh words for the teen — Canning was denied her demands for high school tuition and her current living expenses. But the legal brouhaha isn’t over for her parents, Sean and Elizabeth Canning, who’ll be back in court in April to address the suit’s other claims.

Canning maintains that she had no choice but to flee her parents’ home because she was being subjected to “severe verbal and physical abuse by my mother and father.” She alleges, among other complaints, that her mother drove her to bulimia and that her father showed her too much affection. She also admits that she felt she had no choice but to leave because her parents told her she could no longer see her boyfriend, which she interpreted as an ultimatum to dump him or move out.

Canning’s parents, on the other hand, say her allegations of abuse are wildly inappropriate and untrue. They say their daughter decided on her own accord to move out of the house when her parents tried to insist she follow a few household rules, such as a curfew.

“We were always her support team, cheering her on or defending her whenever she had a problem,” Elizabeth Canning stated in a court document.

In Judge Bogaard’s ruling, he called Canning’s lawsuit a “potentially slippery slope,” noting that it could establish a troubling precedent “where parents live in constant fear of enforcing the basic rules of the house.

But, in Canning’s opinion, her parents are obligated to foot the bill so that she can achieve her goal of becoming a biomedical engineer. “I am a very good student. I have no drug problems. I am a good athlete,” she said in a court deposition. “My parents will not help me any longer… [They] should be required to provide for my support and education until I can stand on my own two feet.”

So who, exactly, is responsible for Canning’s sense of entitlement?

Is it her parents for, in their own words, spoiling her? Or could the inexplicable sense of entitlement Canning’s generation has become known for be the byproduct of role models like Justin Bieber and Miley Cyrus?

Once a symbol of how hard work, a humble attitude and faith can help you reach your dreams, 20-year-old Bieber has now become synonymous with the rebellious child star paradigm. From being busted for battery to being hauled in for driving under the influence, the formerly fresh-faced pop star has managed to get away with much more than he has been held accountable for.

Cyrus, well, we all know her shtick these days. She’s the hyper-sexualized singer who writhes about onstage, wagging her a** cheeks in the faces of 14-year-olds.

Has growing up in the heyday of a seemingly consequence-free, pop culture-driven society convinced Canning’s generation that they should be able to do and say whatever they want? Have they adopted Cyrus’ “We Can’t Stop” lyrics — “We run things/Things don’t run we/We don’t take nothing from nobody/It’s our party we can do what we want” — as a life mantra?