Ellen organized a selfie at the Oscars of her and 12 of Hollywood’s biggest stars, and now the retweets are going to a good cause. 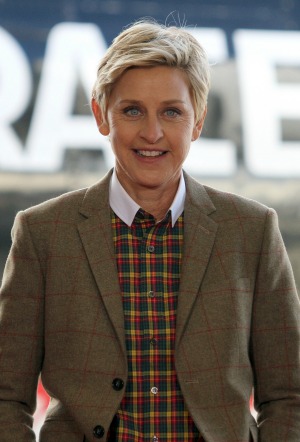 Ellen DeGeneres made good use of her Samsung phone during this year’s Academy Awards, and her brilliant idea to take a selfie during the event with some big stars is now more than just a piece of pop culture — it is being used to help others.

The comedian set up an impromptu photo of 12 of Hollywood’s biggest stars on Sunday night at the Oscars and said she hoped to break the retweet record. In just hours, the selfie had not only surpassed the record, but it did it by millions.

Two days later, DeGeneres’ selfie hit 3 million retweets, and Samsung announced it will be donating $3 million to charities chosen by the Oscar host.

“While we were a sponsor of the Oscars and had an integration with ABC, we were delighted to see Ellen organically incorporate the device into the selfie moment that had everyone talking,” Samsung told NBC. “A great surprise for everyone, she captured something that nobody expected.”

If only Bradley's arm was longer. Best photo ever. #oscars pic.twitter.com/C9U5NOtGap

The photo was taken on Ellen’s Samsung phone, which probably helped Samsung receive plenty of promotion. It has also become an important part of pop culture, and The Simpsons sent out their own reply to the tweet on Tuesday, March 4.

DeGeneres has chosen St. Jude’s and the Humane Society to receive the $3 million. The previous retweet record was held by President Obama for his tweet sent on election night in 2012. That tweet was retweeted 810,000 times.