Johnny Weir may have been the hit of the Sochi games, but he had to face a judge on Tuesday. Find out more on his domestic abuse case. 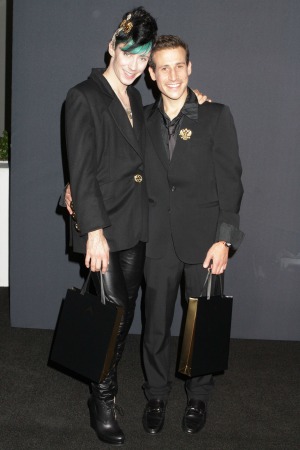 Johnny Weir is known for his flair for the dramatic on the ice and in fashion, but he’s also been dealing with a dramatic personal life, too. On Tuesday, the NBC Olympics correspondent cleaned up a legal affair stemming from a domestic violence case.

According to RadarOnline, the 29-year-old athlete got into a dispute with his husband, Victor Voronov, about a month before the Sochi games. A police report alleged that Weir bit Voronov during an argument.

However, the couple appears to have mended their differences since they showed up in a Lyndhurst, New Jersey, courtroom together today. They asked the judge to dismiss the case.

The gossip site reported that the two sat together the entire time. Weir took the matter seriously and dressed in an understated black outfit, but the judge took note of the skater’s style anyway.

From there, Voronov approached the bench after being summoned by the judge. He asked the judge to dismiss the case and the request was granted.

Weir managed to keep the case under wraps while he was on his high-profile gig for NBC, but he did admit to Access Hollywood in February that marriage is hard.

He explained, “A marriage between two guys is different than what I imagine a marriage between a man and a woman [to be]. I mean, we’re both constantly trying to fight to wear the pants in the relationship. It’s constant fireworks. It’s very boom, boom, boom.”

The former Olympian did refuse to comment on Tuesday’s court case, stating to RadarOnline, “It is a private matter I do not wish to discuss.”

Next time, Johnny, just hug it out.