Khloé Kardashian is working to move on from her soon-to-be ex-husband Lamar Odom, but a burglary at their home may drag things out for a while longer. 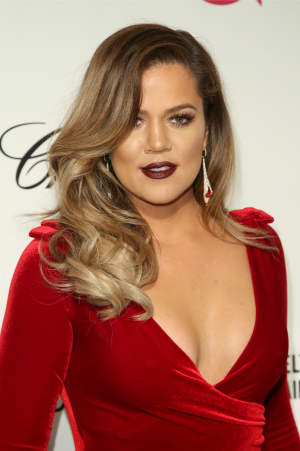 Khloé Kardashian and Lamar Odom are currently going through a divorce, but it looks like their problems just got a whole lot worse. CBS LA is reporting that police were called to the couple’s home in the San Fernando Valley after a report of a burglary was called in by Kardashian.

Khloé Kardashian: “I’m excited for this year to be over with” >>

The theft, which includes items reportedly valued at $200,000, was discovered Monday around 4 p.m. Kardashian is in the process of moving out of the mansion because of the divorce. According to The Los Angeles Times, the 8,000-square foot home was put on the market for nearly $5.5 million in January.

The home is in a gated community, but would be recognized by fans of Keeping Up with the Kardashians and Khloé & Lamar, because the scenes were often filmed in the home.

Kardashian filed for divorce from Odom back in December, just after Odom was sentenced to three years’ probation and alcohol abuse treatment related to a driving under the influence charge. He was arrested back in August after police saw him swerving on a California freeway.

Although Kardashian is working to move on, Odom still has hope they will reunite. Back in February, he told Us Weekly he will always love Kardashian.

“I love my wife. She will always be my wife no matter what,” he said. “Who knows? We don’t know exactly [if the divorce is going to happen]. Only time will tell. I hope not. But even if we were divorced, she would always be my wife.”

The mansion went into escrow less than two weeks after being put on the market back in January. Detectives are currently investigating the burglary. Kardashian and Odom have not commented on the case.