The mother of shooting victim Reeva Steenkamp says she can forgive Oscar Pistorius for taking her daughter away, as the athlete’s trial continues. 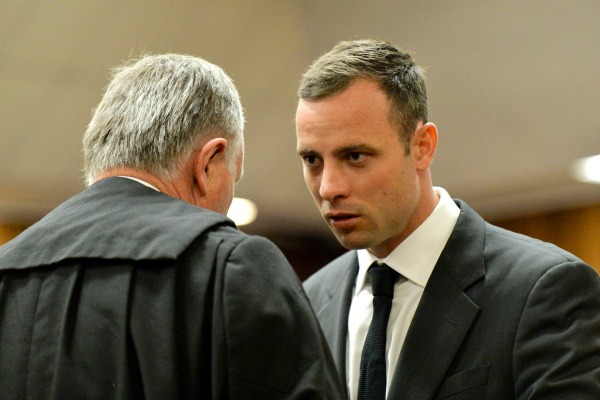 The mother of Oscar Pistorius’ victim Reeva Steenkamp says she forgives the Olympian for killing her daughter, whether he did it on purpose or accidentally.

June Steenkamp, who never met Pistorius before her model daughter was killed in the early morning hours of Valentine’s Day 2013, said she had to forgive the “Blade Runner” for her own sanity.

“It’s actually important to forgive him for me, because I don’t want to live with bitterness in my life,” she said during an appearance on The Today Show.

“It would become my whole being. I don’t want that.”

Her attitude is in stark contrast to that of the model’s father, who said shortly after Steenkamp’s death that Pistorius “must suffer.”

Steenkamp’s mother also seemed to imply that she is leaning toward believing Pistorius’ defense: that he shot his girlfriend after mistaking her for a home invader.

The grieving mother is attending the trial, where she saw Pistorius for the first time after explaining they never met while the couple was dating.

“I actually never met him,” she said of Pistorius. “She didn’t speak about him in the beginning so I don’t know the history of the short relationship.

“I wanted to see Oscar face-to-face so he would know I was there,” she said of attending the trial. “I wanted him to see me. I’m the mother of Reeva. It’s just important for me that he saw me there. I can’t explain to you why but that’s what I wanted yesterday.”

But she doesn’t think she got her wish. “He just walked into the courtroom and looked straight ahead and never looked my way at all,” she said.