On Monday night during The Bachelor‘s “Women Tell All” episode, the claws came out and all the girls had an opportunity to air their grievances to Juan Pablo. Amid heavy speculation that Juan Pablo doesn’t choose either of the two remaining girls, we have to ask — are Sharleen and Juan Pablo back together? 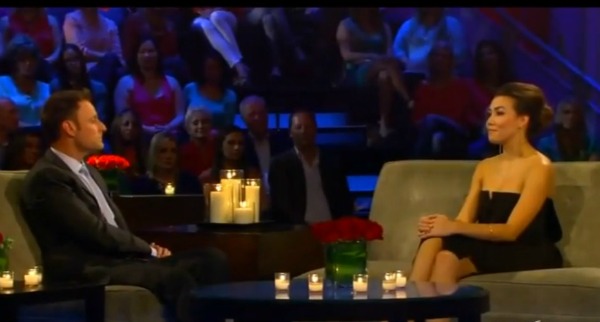 Did you hear that?

When it came to Sharleen, the answer to that question is “no.” Early in the “Women Tell All” episode, Sharleen was noticeably quiet when it came to the mudslinging. Sharleen’s silence in and of itself isn’t terribly revealing because we came to know her as a girl of class and sophistication. Her lack of contribution to the early airing of the grievances is only suspect because she left the show. Of all the women present, you would think Sharleen and Andi would be the most unflattering in their characterization of Juan Pablo because they both willingly left The Bachelor. While Andi continued to throw Juan Pablo under the bus left and right, Sharleen didn’t. 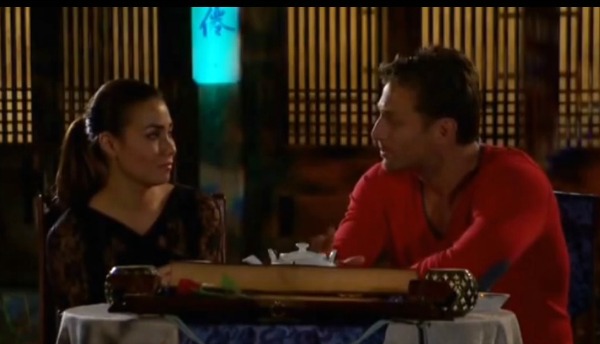 The most critical thing she said

Compared to all the other girls, Sharleen kept her criticism to a minimum. The only time she chimed in was when the girls were referencing Clare and Juan Pablo’s ocean romp in Vietnam. Sharleen said she thought Juan Pablo had “buyer’s remorse” after frolicking in the ocean with Clare and that she would have had more respect for him if he had manned up and owned his mistake instead of putting it off on Clare. That was it. That was the extent of her criticism of Juan Pablo. Can’t you see them together now, and her saying that to his face? Those aren’t words you can’t come back from. She called him out and he’d probably agree with her.

GIFs: 5 Reasons The Bachelor reminds us of Sixteen Candles >> 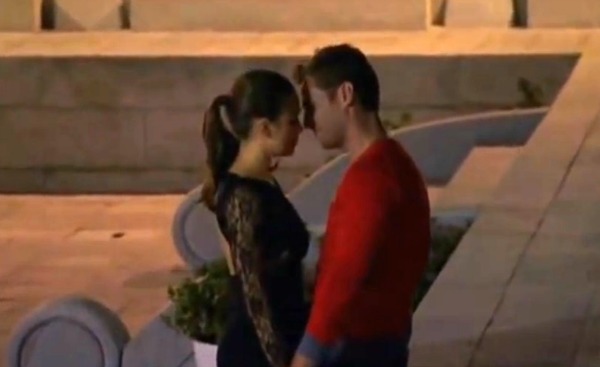 Sharleen, unlike any other woman on Monday night’s show, defended Juan Pablo — three times. During her one-on-one with host Chris Harrison, she got teary-eyed watching her good-bye to Juan Pablo. Then when pressed about whether or not her connection to Juan Pablo was purely physical, she said she had to “defend some of it.” She went on to say, “I’m sure I’ll get a lot of eye rolls for this, but I found him very curious. He wanted to know about me and other people and other lifestyles and about my experiences. We had something to relate on.”

When a few of the girls described how they felt Juan Pablo did not take the experience seriously or that he took for granted the places they had traveled to, Sharleen once again very diplomatically stood up for Juan Pablo. She said she could see how her experience was much different from the other girls, but that in her estimation, the bachelor did take the experience seriously, and he took an interest in where they traveled as well as in other languages. She rounded out her defense with, “We got to know each other.”

In a very tense exchange over Juan Pablo’s anti-gay comments, once again Sharleen ran to Juan Pablo’s side. She said that on their date in Seoul Korea, they talked about equality, and that from what she could gather, JP is “very open-minded.” She went on to say, “We’ve all said and done things that if you pluck it out it sounds completely different than if it was book-ended.” No one argued with her and Juan Pablo shot her an intense look of gratitude. If you think we’re reaching here, re-watch this moment if you DVR’d it. If these two aren’t back together, the Sharleen/Juan Pablo reunion clock is ticking.

Sharleen admitted that she regrets some of the things she said and that JP was very kind to her, and she didn’t want to hurt him. She was also surprised after watching the show about how much Juan Pablo liked her, and that she was — at one point — his favorite. Is there a stronger aphrodisiac than being attracted to a guy and learning how much he digs you? More telling than that, however, is when Harrison asks her if there will be any kissing when Juan Pablo comes out to face the women. Sharleen laughs and the best response she can muster is, “I’ll do my best.” Does that sound like a girl who has written a guy off? No. Not even a little bit.