Chris Harrison has seen many Bachelors come and go, and whilst he may be on the fence when it comes to having a homosexual one, he definitely does not want to see a chubby leading man! 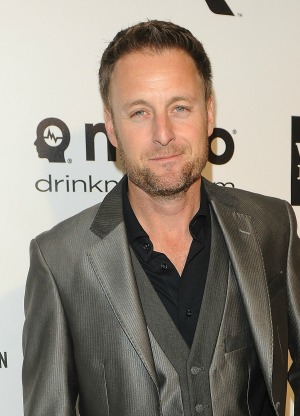 Chris Harrison has seen a lot of Bachelors come and go because of his job as the host of ABC’s hit series The Bachelor.

The question on everyone’s mind at the moment is whether or not there could be the possibility of a homosexual Bachelor on the show in the near future.

The current leading man, Juan Pablo Galavis, has already caused an uproar on that topic after he said homosexuals are “more ‘pervert’ in a sense. And to me the show would be too strong… too hard to watch.”

Although the Venezuelan star has since backtracked and explained that his comments were the result of a language barrier, the same pressing question is not going away any time soon, and this time, Harrison is in the firing line.

However, the 42-year-old TV host was far more diplomatic in his answer, and during his interview with The New York Times Magazine, he confessed he was hesitant about whether there should be a gay Bachelor.

Harrison told the publication, “The question is: Is it a good business decision?”

“I just spoke at U.S.C. the other night, and I explained it like this — Look, if you’ve been making pizzas for 12 years and you’ve made millions of dollars and everybody loves your pizzas and someone comes and says, ‘Hey, you should make hamburgers.’ Why? I have a great business model and I don’t know if hamburgers are going to sell.”

And although the dating show host may be on the fence about having a gay star on The Bachelor, he definitely is against having a chubby one. When asked if the show would consider a heavier star, Harrison said, “No. You know why? Because that’s not attractive, and television is a very visual medium, and I know that sounds horrible to say, but I know that at 42, in the eyes of television, I’m old and unattractive.”

And when asked if Harrison himself would ever like to be a star on The Bachelor, he replied, “Now that I’m divorced, it’s feasible.”

“But there needs to be a level of innocence and naïveté when you come in to be the Bachelor, and I have none. I have seen how the sausage has been made for 12 years now, and I helped make that sausage and so it just wouldn’t work.”