Kelly Osbourne and Lady Gaga have finally buried the hatchet but not before getting in one final choke! 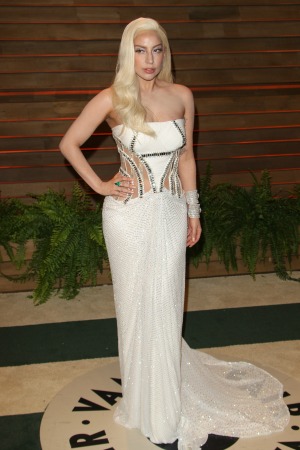 Lady Gaga and Kelly Osbourne have been involved in a rather vicious catfight for quite some time, so the news that the two have finally ended their feud is welcome.

The Fashion Police star and her feisty mother Sharon Osbourne were at war with Gaga since the singer’s fans, the “little monsters,” attacked Kelly via social media and sent her death threats.

Why? Well, this all started after Kelly was rude about the “Applause” songstress‘ 2012 Grammy Awards outfit.

But the hit maker decided to take the high road last year when she performed on The X Factor U.K. on Kelly’s birthday and brought her a birthday cake to be given to her via her mother and The X Factor host Sharon Osbourne.

What was meant to be a peace offering and a kind gesture backfired, and Kelly took to Twitter to send some very harsh messages Gaga’s way, saying it was all just a publicity stunt.

However, the pair finally came face to face for the first time on Sunday at Sir Elton John’s Annual AIDS Foundation Academy Awards Viewing Party in Hollywood, California, and what could have turned very nasty ended better than most expected.

According to Us Weekly, the pair shared a joke before posing for a photo that shows the TV host with her hands around Gaga’s neck in a choking motion. Osbourne later took to Instagram to post the photo with the caption, “#peace at last @ladygaga.”

According to Us Weekly, a source revealed that Gaga wanted to greet Osbourne during the party and Sharon was playing mediator. She said to her daughter, “Elton and Gaga were just looking for you to come and say hi.”

We’re glad this celebrity feud has a happy ending!