Barkhad Abdi may have received critical acclaim for his role as Muse in the hit film Captain Phillips, but reports say he is struggling to find new work. 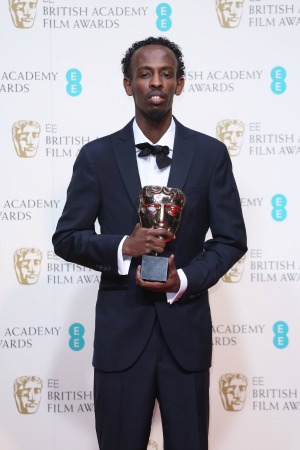 Barkhad Abdi shot to fame in the hit film Captain Phillips for his role as Muse, the ringleader of a group of Somali pirates. And in the past few months, the star has been gaining recognition and even award gold as he took home a BAFTA Award for Best Supporting Actor.

Unfortunately for Abdi, he missed out on an Oscar for Best Supporting Actor at the 86th Academy Awards on Sunday night. But surely with all the critical acclaim he has been receiving, there will be a few more jobs lined up, right? Let’s hope so, because if the rumors are to be believed, then the Somalia-born star needs them!

According to Contact Music, he has already used much of the $65,000 he was apparently paid to make the movie and is still unable to land another film role.

Abdi is a phenomenal actor, but his acting career hasn’t been all smooth sailing. In fact, according to Contact Music, he was previously working as a limousine driver and working in his brother’s phone shop after he finished filming his role in Captain Phillips.

According to a story in The New Yorker magazine, Abdi revealed why he quit working in the shop. He said, “How I thought about it was, like, when the movie came out, reviews either gonna be good or bad. Either way, I cannot be working here.”

And the magazine reports that when Abdi is in Los Angeles, California, he is taken care of by the studio and much of what he has and wears is on loan.

“When Abdi is in Los Angeles to promote the film, he subsists on a per diem, good at the Beverly Hilton, where the studio likes to put him up,” the report says.

“The town car is available only for official publicity events. His clothes are loaners. Recently Abdi requested that he be allowed to stay at a commuter hotel near LAX to be closer to his friend, a Somali cabdriver from Minneapolis, who shuttles him around for free.”