There’s no doubt Norman is a weird, twisted kid who takes mommy issues to a whole new level, but is he actually a murderer? Turns out there’s more to Miss Watson’s death than we thought. 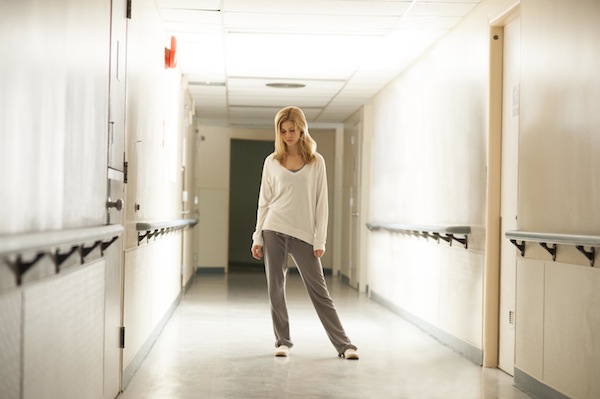 The Bates Motel Season 2 premiere provides us with all the mystery and dysfunctional mother and son relationship time as Season 1, but mixes things up with a few surprising twists.

When we last left Norman, he was running in the street covered in blood with no recollection of his time at Miss Watson’s house. When we find Miss Watson lying on her floor with her throat slashed, it was the only logical conclusion that Norman finally got his first kill. However, it looks like the story isn’t that simple.

Need to catch up on Season 1? Here’s the Bates Motel finale recap! >>

It turns out that Miss Watson was cheating on her boyfriend with Jerry Martin, Bradley’s father. Yes, the same man who met his demise last season as well. Watson’s boyfriend just happened to be Dylan’s boss at the marijuana factory (no, that’s not the technical term, of course). Oh, the complications of small town relationships.

Bradley is having a bit of trouble of her own. She tried to commit suicide by jumping of a bridge into the water. The fall didn’t seem high enough to do any real damage so it’s fair to say the young beauty may have been crying out for help. She wound up in a mental institution, but four months later she’s released not looking any saner than before.

Between contemplating suicide and ignoring Norman’s sweet advances, she spends her time investigating her father’s murder. However, her search may lead her down the very same path as Miss Watson and Mr. Martin when dangerous men get involved.

Norman is now spending his days in the basement practicing taxidermy and obsessing about Miss Watson’s murder, you know, things teenagers do. He’s also desperately trying to distance himself from his mother, Norma (Vera Farmiga), find his own identity and be his own man. But, we all know how that will end.

A series’ sophomore season can often be lackluster and disappointing, but Vera and Freddie deliver performances that keep us intrigued, while the story leads us in new directions. So far, Bates Motel Season 2 is shaping up to be worth the watch.