Taylor Swift says she has been hounded by a man named Timothy Sweet for over three years, and today she took a step toward safety when courts granted her a restraining order against the man. 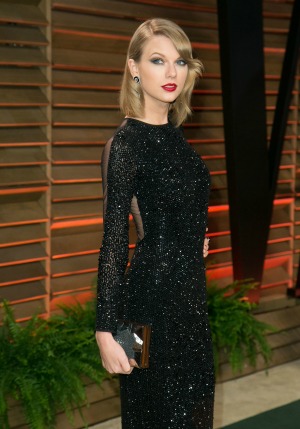 Taylor Swift is no stranger to male suitors, but the songstress has a recent gentleman caller who may be crossing the line. Apparently Swift is afraid for her own safety and is seeking protection from the legal system. Today she took a big step in the right direction as courts granted her a restraining order against Timothy Sweet, the man in question. A judge has ordered that Sweet stay at least 100 yards away from the “I Knew You Were Trouble” singer as well as three other members of her family, according to TMZ.

According to legal documents filed by Swift and obtained by TMZ, Sweet has been accosting the starlet via e-mail, snail mail and social media since January of 2011. Swift says that Sweet believes the pair are married and has even made dangerous threats of murder to anyone who tries to come between their love, including public figures.

Swift reported many of the actual disturbing messages within the documents, including: “If anyone in Swift’s family gets killed, it’s not my fault.” “My wife, Taylor Swift (Sweet) and I live in Beverly Hills. I am in love with her. In conclusion, we treat each other with dignity and respect. I will carry a gun to protect her for the rest of my life.” “Dearest Taylor, I’ll kill any man who gets in the way of our marriage. Message to John Kerry, Secretary of State. Message from YOUR presidential candidate.”

Celebrity stalkers are nothing new in Tinseltown. Hollywood has a long history of attracting individuals who are disillusioned into thinking they are part of celeb life. In November of last year, a woman named Genevieve Sabourin was found guilty of stalking Alec Baldwin, after countless e-mails and uninvited visits to the actor’s home. Just a few months previous to that conviction, a man named Han Cong Zhao found himself in jail after harassing family members of Jennifer Lawrence. Zhao also claimed that he was J Law’s “husband for life.”

Swift is notorious for using her love life as topic matter for her lyrics. Will this potentially dangerous situation have her singing a different tune?