Everyone’s imagination comes alive in dance as Bay fights her injury, Daphne finds her new dream comes with challenges and John decides to take matters into his own hands in “Dance Me to the End of Love.” 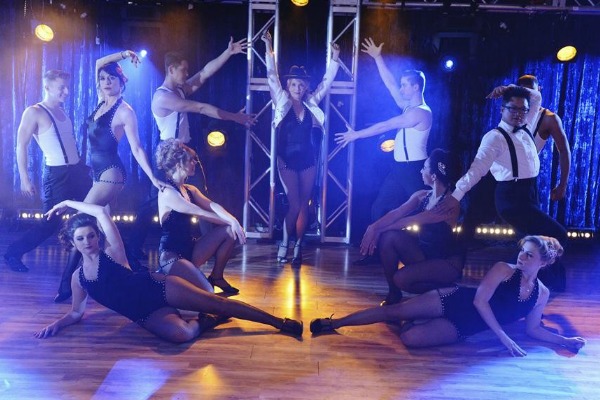 When I heard that Switched at Birth was doing a dance episode, I didn’t quite know what to think, but I have to say that this one was a lot of fun. In my review of the last episode, I remarked how much the show was hurting my heart with all the drama, and it was nice to get a tiny break.

Not that this episode didn’t have a little bit of heartbreak, it was just mixed in so well with the dance numbers that it was almost hard to spot. With a title like “Dance Me to the End of Love,” I was worried that meant that John and Kathryn’s marriage was over, and there were a few moments that made it seem like that was going to happen. John giving Kathryn the same piece of jewelry he had a few years ago was so sad and also spoke of exactly what Kathryn was talking about when she said she wanted change. When Renzo told John that he would do anything just so he didn’t have to change, I felt like standing up and cheering. But, boy, did John ever pull off a huge surprise in the end. That final dance was incredible, and I hope it means they are back on the right track again.

I thought it was great that Daphne decided she wanted to become a doctor after saving Dr. Jackson’s life. Yeah, sure, Jorge had a point about all of it kind of being her fault in the first place, but sometimes life choices can come from an odd series of events. It was pretty scary that she couldn’t hear the little boy having a seizure, but I’m with Dr. Jackson — if she really wants to do it, then she’ll figure out adjustments. After all, she was the same person who came up with the mirror to help her stay safe in a busy kitchen. I also liked her dance with Jorge and Campbell. At first I thought it was the most-awkward transition of the episode, but as soon as I saw it was a dream, I fell in love with the whole thing.

Travis and Mary Beth were a lot of fun in this episode, too. Toby, Angelo and Melody all working together to teach Travis to dance was great. I loved that when she found out he was no great dancer, Mary Beth told him she didn’t care about that or about any of the things she would miss out on by being with him because he opened up a new world to her. Seriously, those two are so adorable, I would happily watch a show that was about just them. Spin-off, anyone?

As for Bay, she had a rough time with her hand, but this being a dance episode, it never got overly serious. I thought her and Emmett’s dance was really cute, and I think their costumes were my favorites out of all of them. The zoetrope was a brilliant idea, and I agreed with Daphne when she said that Bay coming up with the idea still made her an artist. I mean, architects need people to help them build their art, but they are still the artists behind it.

“You are looking at a man with a plan.”

“Does that plan involve a laundry basket and a mop?”

Tank doing his little line dance for Bay. Too adorable for words.

“I’m kind of like an onion. You have to unpeel me.”

“He says he sucks, and I can’t say I disagree.”

Melody and Angelo’s dance. So sweet.

“Did you just take me on a 45-minute motorcycle ride or a portal into another dimension?”

“Congratulations. You figured out a way to make art instead of excuses.”

Loving Toby’s dance the most. Probably because I used to have that same reaction upon finding myself in my home alone.

What did you think of this episode of Switched at Birth? Which was your favorite dance number?