Last night’s Academy Awards hosted by Ellen DeGeneres were a huge event for everyone in Hollywood. Especially Edgar Martirosyan, the delivery man on duty for Big Mama’s and Papa’s Pizzeria, who got some air time and walked away with a hefty tip. 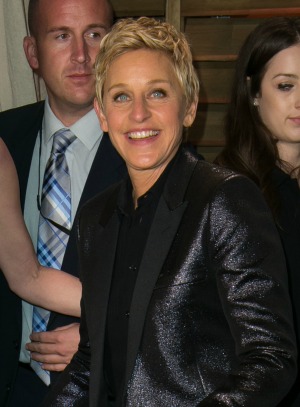 Ellen DeGeneres had a lot of surprises for all during the live telecast of the 86th Academy Awards last night at Dolby Theater. Perhaps the biggest surprise came to Edgar Martirosyan, owner of Big Mama’s and Papa’s Pizzeria in West Hollywood, who left the pizzeria on what was thought to be a routine delivery and returned with an amazing story and $1,000, according to The New York Daily News.

One of the common complaints celebs seem to have about the Oscars is that the ceremony can be lengthy, and the attendees tend to become famished. It seems DeGeneres took note and asked smack dab in the middle of the show if anyone would be interested in pizza. A handful of stars, including Jared Leto and a pregnant Kerry Washington, raised their hands. And DeGeneres, well, delivered.

When the call was made to the pizzeria, Martirosyan had no idea what he was walking into. “They told me I’m going to deliver pizza for writers, and then when I went there, Ellen came out and told me ‘just follow me,'” he told the Daily News. “When I was going, I realized I’m on the stage, and I just went. I wasn’t nervous. I was cool. I was shocked. I didn’t know what was going on.”

After Martirosyan left Dolby Theater, DeGeneres took up a tip collection in Pharrell Williams’ now famous hat, collecting cash from the likes of Brad Pitt, Harvey Weinstein and Lupita Nyong’o. Martirosyan was invited to the taping of The Ellen Show this morning, where he was met with his reward.

Despite earlier reports that DeGeneres gave Martirosyan $600 for his tasty delivery, the restaurant owner told the Daily News his gratuity was actually much more. “Four hundred actually was … from actors, and then Ellen added $600.”

Not only did Martirosyan confirm that it was the biggest tip he’s ever received, it also seems DeGeneres’ stunt was awesome free advertising for Big Mama’s and Papa’s. “A lot of calls. It’s busy. It’s good,” he said of his business since his appearance last night.

And just like Ellen, Edgar Martirosyan has a heart of Oscar gold. He claims he plans to share the tip with his employees.