Scarlett Johansson has finally found her Prince Charming, and is reportedly starting a family of her own. 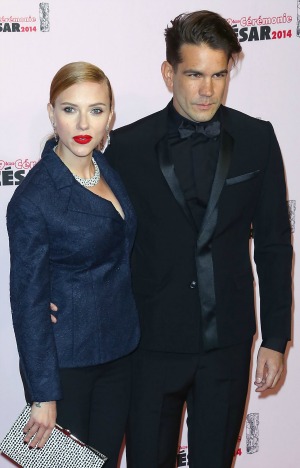 At the young age of 29, Scarlett Johansson has already been married and divorced, and is again engaged. But it looks like the actress has finally found her happiness, and is reportedly expecting her first child with fiancé Romain Dauriac, according to E! News.

Johansson and Dauriac confirmed their relationship back in November 2012, and were engaged only six months ago. At the time, her rep said the two were “very happy.”

The actress was married to actor Ryan Reynolds for nearly three years, but that marriage ended in 2011. Reynolds has since married actress Blake Lively.

She told The Daily Mail back in December that she is looking forward to being married again and hinted kids may even be in her near future.

“I would like to have my own family, that would be nice,” she said. “They say it’s never the right time and I am sure that’s true, but I think you have to plan it like anything else.”

Johansson has been on the movie circuit promoting her film Her, and talked with Good Morning America back in January about her lack of excitement over planning her wedding.

“I’m not doing any wedding planning,” she said, adding that the wedding is very “far off.

“Being engaged is an exciting time to enjoy and to really savor,” she added.

Although Johansson hasn’t had time to plan her wedding, she has thought about having children someday.

“At some point it is something I look forward to,” she continued. “I am fortunate in that I have had a long career — 20 years — that has been very diverse. So, you know, picking a time to plan a family feels like something that I could do and not feel as though I was missing out.”

Congrats to Scarlett and Romain!