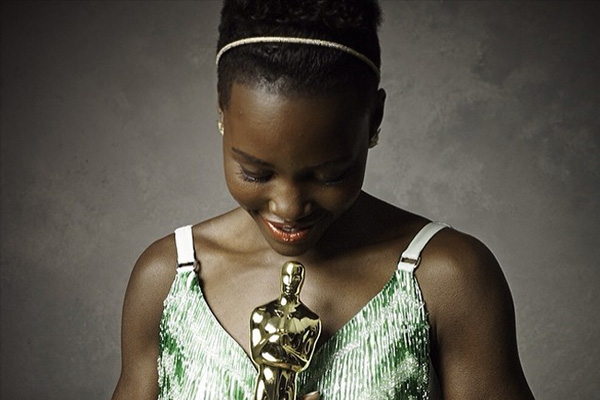 During Vanity Fair‘s super-famous Oscar Party on Sunday, photographer Mark Seliger shot continuous portraits of attending celebrities during the whole night. These unique photos offer an awesome behind-the-scenes view into the legendary after-party and the stars attending directly from the Academy Awards.

Sunday night’s Oscars were, as expected, the event of the year in Hollywood and for movie buffs all over the world. But the after-party hosted by Vanity Fair is almost, if not equally, as much of a big deal as the awards ceremony itself.

This year, the famed magazine decided to release tons of portrait photos that were taken during the entire duration of the party, showcasing celebrities in very unique and different ways. Big names in the industry such as Lady Gaga, Adam Levine, Naomi Watts, Reese Witherspoon and many more posed for fun photos that caught them in new ways not seen before.

“We’re aiming to capture a little of the glamour of Oscar night in a timeless yet modern and accessible way,” Seliger explained.

Lady Gaga looks awesome next to Donatella Versace, and how cool is it having Nolan Funk in the middle?

Here is Lady Gaga in a behind-the-scenes shot, looking gorgeous.

Super-cool photo of Adam Levine and his sweetie, the beautiful Behati Prinsloo.

The look on these guys’ faces is priceless in this shot.

Below are some more hot shots of the memorable evening and timeless photo shoot.