Every year, Jimmy Kimmel treats the world to a hilarious spoof after the Oscars, but was this year’s the best one yet? 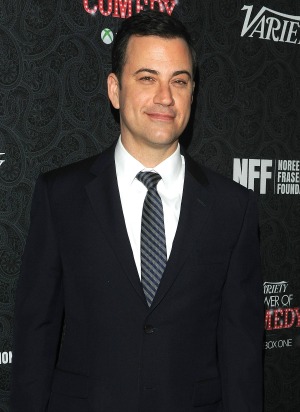 Every year after the Oscars are over, we have something else to look forward to — the Jimmy Kimmel Live: After the Oscars special, which showcases some of the most hilarious skits ever.

This year, for the funny man’s ninth annual post-Oscars special, he gave the world several skits that were adapted from some of YouTube’s most hilarious videos. Our favorite, however, had to be the spoof titled Bitman Begins.

Kimmel recruited the help of Australian brothers Chris and Liam Hemsworth to star in what could possibly be the best Jimmy Kimmel Live spoof yet.

So what was the inspiration behind this spoof? Kimmel said, “Now, that Oprah’s book club has gone to cable, we don’t have to read anymore.”

“Tonight our plan is to usher the movie business into the twenty-first century.”

“We’ve enlisted the help of some of the greatest talents in the world of film to adapt not best-selling books, not plays or musicals. Tonight, we transform popular YouTube videos into big budget Hollywood movies.”

Bitman Begins shows the Hemsworth brothers as two estranged siblings who are out for vengeance. The trailer is introduced by Martin Scorsese with a plot that is explained as, “Hunger, incarceration and revenge threaten a family in a visceral action-packed thriller that calls into question the human need for vengeance.”

The Thor star wants to destroy his younger sibling because of his razorlike teeth. “I will find him … and I will destroy him,” Chris Hemsworth declares.

Let’s just say it doesn’t end well for the heartthrob, and Kimmel even managed to rope Meryl Streep and Tom Hanks into the bizarreness.