Jennifer in Dior! Lupita in Prada! Cate in Armani! Let’s break down the best dressed at the 2014 Oscars. 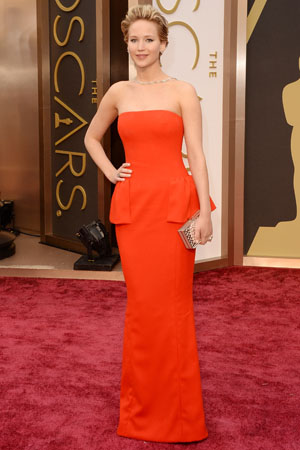 2014 Oscar Best Supporting Actress nominee Jennifer Lawrence opted for — what else? — red Dior. She topped off the look with a Neil Lane diamond necklace draped down her back. 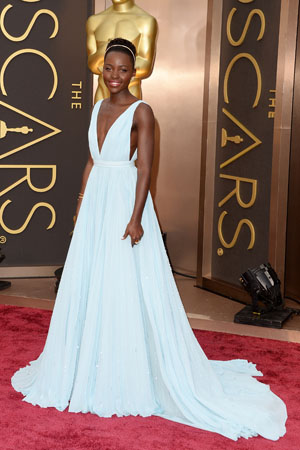 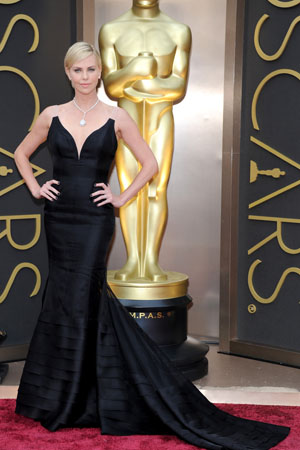 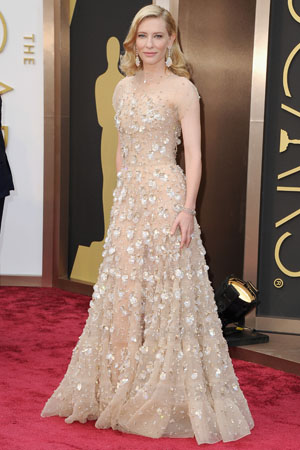 Blue Jasmine nominee Cate Blanchett wore Chopard jewels, but the real bling was on her Armani Privé dress — it was topped off with Swarovski crystals! 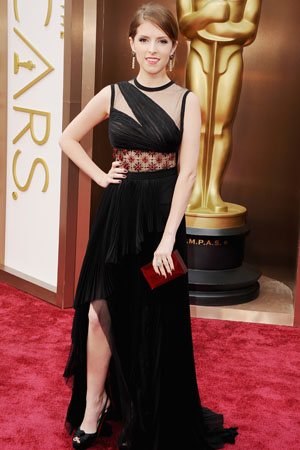 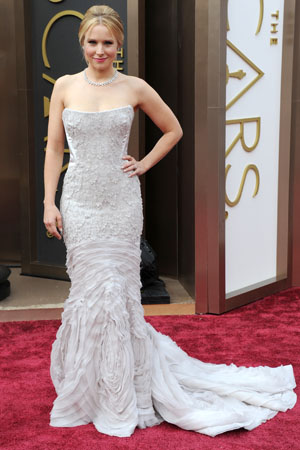 There’s just something about Kristen Bell’s embellished Roberto Cavalli dress that we love.

Who was the best dressed at the 2014 Oscars? Sound off below!