George Lopez found himself in a bit of trouble Thursday night. The star was taken in by authorities for being drunk in public. 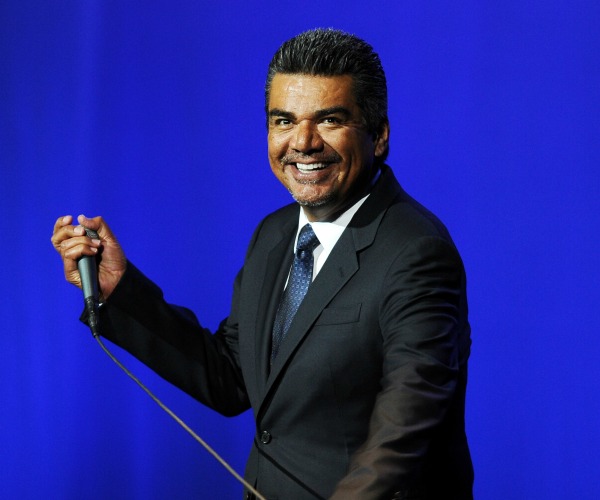 George Lopez was arrested on Thursday night in a Canadian casino for public intoxication. TMZ reported that police officers were dispatched to the Caesars Windsor after security called authorities to tell them there was man passed out on the casino floor.

Lopez was not formally charged with any crime and was released from custody after he sobered up. The funnyman had performed a live show in the casino prior to his arrest and is scheduled to perform again tonight.

There was no sign of trouble for Lopez yesterday afternoon or evening. The celeb was active on his Twitter for most of the day as he traveled to Canada, even posting a picture on the plane en route to the neighboring country.

Lopez went through what appears to be a bit of a rough patch in 2010 and 2011. In September of 2010, Lopez went public with his divorce from wife of 17 years, Ann Lopez. The couple even shared a kidney, as Ann had donated an organ to her then-husband in 2005. In spring 2011, George Lopez was involved in a very public feud with Kirstie Alley. On his show, Lopez called Alley a pig while analyzing her Dancing with the Stars appearance. Alley fired back on Twitter, calling Lopez a “drunk pig.” Then in summer 2011, Lopez’s TBS show Lopez Tonight was canceled.

However, it looks like the star is now positioning himself for a comeback. Lopez is currently on a North American stand-up tour through July 2014. His new show Saint George, which has been in development since spring 2013, will debut March 6, 2014.

Lopez gave a statement to TMZ this afternoon, and it seems that the arrest was not enough to rob the comedian of his sense of humor: “Tied one on last night, ” he said. “Not feeling great this morning. I was trying to sleep it off. Unfortunately, it was on the casino floor.”

Maybe he was just working on new material for his act.