Who is Troian Bellisario’s fiancé Patrick J. Adams? We’ve gone on a fact-finding mission and got the goods on the Suits star. 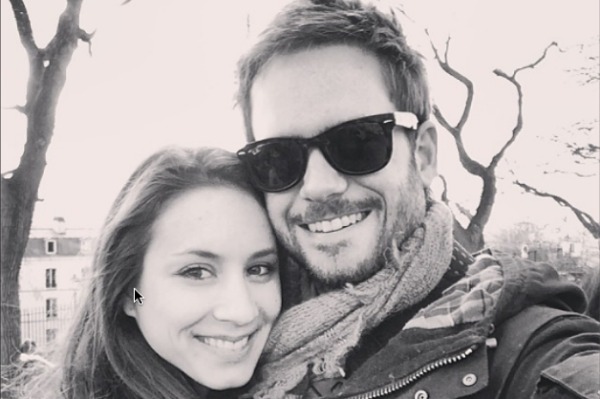 1. He’s starring with Zoe Saldana in a remake of Rosemary’s Baby

This time the spooky tale of a woman forced to give up her newborn son to Satan worshipers who believe he is the Antichrist will be on the small screen only.

2. He has already enjoyed a long TV career

With appearances on hit shows like Lost, Friday Night Lights, NCIS, Lie To Me, FlashForward, Without a Trace, Heartland, Ghost Whisperer and his new fiancée’s own show Pretty Little Liars, the Suits star is definitely one of those actors you see and think, “Where do I know that guy from?”

3. He is serious about photography

Jackson is an enthusiastic amateur photographer and owns more than 60 cameras. No wonder his Instagram is full of fabulous shots!

4. He is a total theater junkie

In addition to his busy TV career, Adams is extremely active in the Los Angeles theater community and even directed an award-winning production of the play Marat/Sade.

5. He and Bellisario met onstage

Adams did appear in a guest-starring role on Bellisario’s show Pretty Little Liars, but the couple actually met on a theater stage, not a sound stage, when they were cast opposite each other in the play Equivocation. In fact, during his appearance on the hit show the couple was broken up but reunited shortly afterwards.

6. He is pretty much an honorary lawyer

Adams was given an honorary lifetime membership to the University College Dublin Law Society for making lawyers sexy again with his role on Suits.

7. He had a role in the inaptly named show Luck

It would have been an actor’s dream job, starring opposite industry luminaries like Dustin Hoffman and Dennis Farina, but it turns out Luck wasn’t so lucky after all. The show, about the seedy side of the business of horse racing, was shut down amid accusations of animal cruelty: Two horses had to be put down because of injuries sustained during filming.

8. He likely proposed a while ago

Bellisario joined him in Paris while filming Rosemary’s Baby and sources close to the couple say that he actually proposed in the City of Lights in early January — the shy star has just been hiding her ring from the press.

9. He and Bellisario often have a long-distance relationship

Bellisario revealed last year that the couple has had their challenges, mostly due to the fact that their respective hit shows film in two different countries — hers in the U.S. and his in Toronto, Canada. “It’s constant coordinating,” she told People. “It’s really hard to be away from the person you love, especially when they’re your rock and support system.”

10. Filming Suits in Toronto is a homecoming

While the distance might be hard on his relationship, filming in Toronto actually brings Adams full circle back to the city where he grew up. He didn’t leave Toronto until he was 19, to earn his theater degree from the University of Southern California.