Bachelor contestant Andi Dorfman surprised her current boss by leaving her lawyer job while on a current murder trial to allegedly star on The Bachelorette. 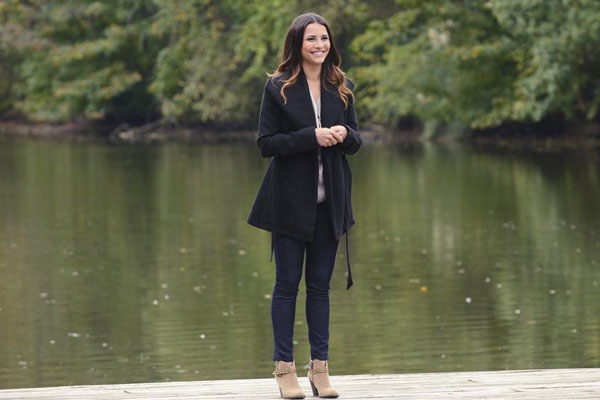 Recent Bachelor finalist Andi Dorfman caught her attorney boss by surprise when she asked for a leave of absence in the middle of a murder trial. The young lawyer wants time off to star in her alleged new gig as The Bachelorette.

According to a reply letter obtained by TMZ, Dorfman’s boss, District Attorney Paul L. Howard Jr., told the supposed new Bachelorette that while her request is “highly unusual” he is willing to grant it. Sources for TMZ claim that Dorfman was in the middle of a murder trial when she asked to be given time off to be on TV.

Who wins The Bachelor? Clare vs. Nikki >>

Apparently, Dorfman is a “valued member of the District Attorney’s office,” so Howard let her take the time off under the condition that she return no later than May 31. Dorfman will also not be paid for her leave, although she’s sure to earn a hefty paycheck for her new reality stint.

Rumors surfaced that Dorfman would be the next bachelorette after she abruptly left current bachelor Juan Pablo Galavis after being chosen as one of the three finalists. Sources connected to the show told E! Online that Bachelor producers flew her out to Los Angeles to talk about being the new leading lady on the next Bachelorette.

While nothing has been made official yet — ABC is expected to make the announcement during the After the Rose special on March 10 — it seems that Dorfman has been chosen as the one.

The 26-year-old Atlanta resident made headlines after ditching Galavis due to her unhappiness with the way he conducted himself during their fantasy suite date.

“Waking up this morning I could not wait to get out of the fantasy suite,” Andi said to the cameras during her confessional. “It turned into a nightmare. I saw a side to him that I didn’t really like and the whole night was a disaster.”

Galavis, on the other hand, was very happy about the way the night turned out and couldn’t understand why Dorfman called him an “a**hole with no filter.” The pretty attorney claims the Venezuelan heartthrob spent the night talking only about himself and didn’t care about her feelings.