Leah Remini’s comments about the Church of Scientology caused them to lash out and call her “self-absorbed” with an “insatiable craving for attention.” 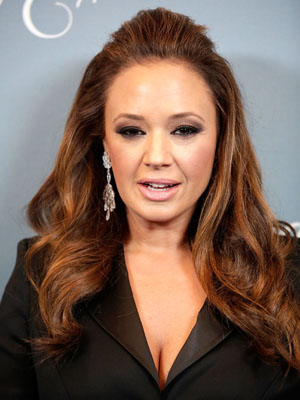 After Leah Remini came out with several negative comments about the Church of Scientology recently, the powerful organization rebutted by saying her comments are “insulting” and calling her a “self-absorbed” person with a big craving for attention.

During an interview with BuzzFeed earlier this week, Remini explained why she left the church, saying that the things they taught her were all a lie.

“They say they’re loving, caring, non-judgmental people, but secretly, they were judging the world for not believing what they believed,” Remini said. “To me, that is not a spiritual person. That’s a judgmental person, and that is the person that I was.”

Replying to Remini’s comments, Scientology rep Karin Pouw said that Remini had been going against the church while still trying to remain a member.

“It comes as no surprise that someone as self-absorbed as Leah Remini with an insatiable craving for attention would exploit her former faith as a publicity stunt by rewriting her history with it,” Pouw told People magazine.

The spokeswoman continued, saying that Remini willingly participated in a program to remain a Scientologist in good standing because “she was on the verge of being expelled for her ethical lapses.”

Pouw also disputed Remini’s claims that she didn’t want her daughter to get the wrong message from Scientology because she was spending too much time at the church and not enough with her 9-year-old. The rep said it was not like that at all.

Kristie Alley to Leah Remini: “You are my enemy” >>

“Ms. Remini was not attending Church services for years,” Pouw said. “In fact, she was upset because no one in the Church was calling her or her family, going so far as to drag her daughter into the Church to insist upon being given special treatment.”

Adding that Remini was just spinning events to make her argument, Pouw said that the The Exes star’s comments “are absurd, insulting and motivated entirely by a desire to grab attention.”

Meanwhile, Remini remains firm as to why she left the controversial church and she won’t stop giving her opinions on how she feels about it and her time as a member. She stands by her belief that she was treated poorly by church leaders after she began asking questions they didn’t like.