Claudia Schiffer has had a lot of strange requests from men during her height of fame, but the most bizarre was when she was offered more than $1.5 million for a date. 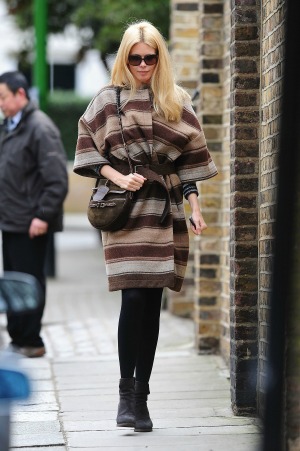 Men from around the globe find themselves smitten with the beautiful Claudia Schiffer. However, few have offered the supermodel more than $1.5 million to go on a date with them.

According to the Daily Mail, during a recent appearance on the Jonathan Ross Show, the beauty was asked about the strange requests she had received during the height of her success in the ’90s. Schiffer revealed that out of the many weird requests she’d gotten, the strangest one came from a very rich Arab prince.

Schiffer said there were ”loads of weird ones, but the strangest one was from an Arab prince. He asked if he could hire me for a dinner for a million pounds. I declined, and some other supermodel took it.”

The German supermodel added, “It’s not all about money. I just want to be able to walk down the street and be proud of what I do.”

Good for you, Schiffer! And proud she should be — not only has she enjoyed immense success in the modeling industry, she also has a very healthy personal life and has been married to film director Matthew Vaughn since 2002. The couple share three children — a son, Caspar, 12, and daughters Clementine, 9, and Cosima, 3.

However, Schiffer didn’t always feel beautiful and successful. When she was at school, she referred to herself as a “loser.”

Mayim Bialik says breastfeeding is “not a sexual act” >>

She revealed, “Everyone called me Duck because my bum stuck out and I walked kind of funny because my legs are a bit funny, and I was really tall. I didn’t have any friends.”

And even though Schiffer has graced the cover of many high-end fashion magazines, she still feels the pressure to dress up in front of other mothers.

According to the Daily Mail, she told the Jonathan Ross Show, “First of all I knew I had to dress up a bit, because all the other mums looked really pretty when they took their kids to school. I didn’t really mind it, I just thought, ‘Pretend they’re not there and just do your thing and don’t really watch out for them.'”