12 Years a Slave is nominated for a whopping 9 Academy Awards. We sat down with actor Rob Steinberg to find out what it was like making such an intense film about America’s history of slavery.


We wanted to know if actor Rob Steinberg had any idea if 12 Years a Slave was going to be Oscar-caliber when he joined the project. “I believe there’s a set answer for that question and it’s no,” he said.

So what did the Bold and the Beautiful actor think about the movie?

“If you want the truth, as a small actor in the film, we don’t get the whole script. We just get our sides, so I noticed that this character appeared in the beginning of the movie and at the end of the movie and there were some really dramatic moments.”

Steinberg then started reading about the film and took a look at the book on which the film is based. “I saw the name of the director and the people producing and I thought, ‘Wow!'” he said.

We asked the actor if it was difficult to work with such heavy material, given the realistic brutality exposed in the film.

“When you shoot a movie, sometimes you shoot out of sequence. So on my first day of shooting, we shot one of my last scenes in the film. It’s where I go down to the plantation and I go in the fields and fight off Michael Fassbender and bring [Solomon] home.”

But when he arrived on set and saw the plantation and the people dressed as slaves, he said, “It becomes very real. You see people in period costumes and the moment becomes very, very surreal. It was pretty heavy.” 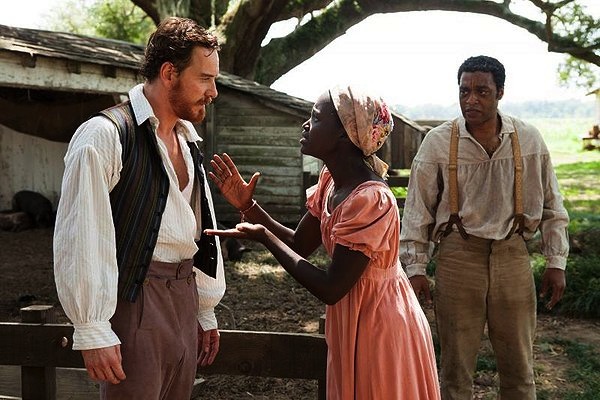 But there were magical moments, too. On the day when his character Mr. Parker arrives with the sheriff to free Solomon, Steinberg said he didn’t know exactly where the camera was placed.

“As we were doing our scene, running across the field to each other, and he was falling into my arms and Fassbender was pulling me off — which were pretty intense moments — I wasn’t conscious of the cameras. Everything felt very real and true to form. After you do a lot of the more tearful moments, you do have to take a break and regroup.”

Because of this movie, the book 12 Years a Slave will be distributed to many schools around the country. We asked Steinberg what it’s like to be a part of such a huge movement.

“Sometimes it takes a big event to bring attention to things. This book is terrifically powerful — it’s a great firsthand account of what those people went through. There aren’t many of those written. It’s so important to be part of a kid’s curriculum. The Diary of Anne Frank is taught in many schools. This is another chapter that needs to be taught.”

What do Ender’s Game and Anne Frank have in common? >>

Do you think 12 Years a Slave will win the Oscar for Best Picture? Tell us in the comments section below.