Ashton Kutcher and Mila Kunis are way too adorable, and just got even cuter. It looks like the couple is finally ready to walk down the aisle. 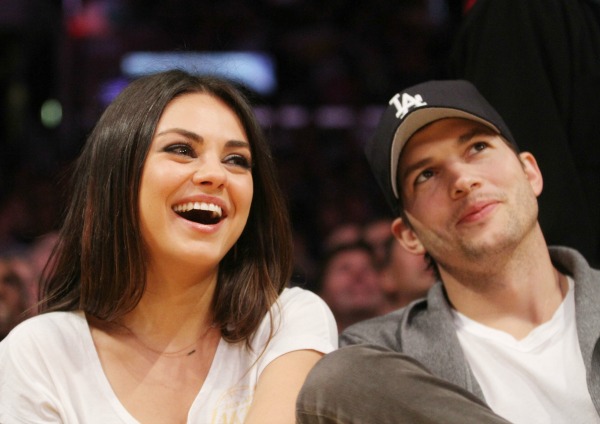 There have been months of speculation of are they? Or aren’t they? But it looks like it’s official — Ashton Kutcher and Mila Kunis are engaged!

7 Reasons we want to hang out with Mila Kunis >>

E! News spotted Kunis out shopping with a (giant) diamond ring on her finger, and the network confirmed the news with a friend of the couple.

Kunis and Kutcher have been dating for nearly two years, but engagement rumors have been swirling around their relationship for at least a year. The couple met while starring on That ’70s Show together. When they first started hanging out, Kunis called dating rumors “absurd,” so it’s no surprise they would say the same about a rumored engagement.

Although the couple has been together for a couple years, it wasn’t until late 2013 that Kutcher was free to get married again. He and Demi Moore have been legally married for a lot of his relationship with Kunis, and it took years for them to finally settle their marriage. They finally announced their divorce in November.

Kutcher and Kunis have been one of the most adorable couples in Hollywood for a while, and after confirming their relationship, they have displayed plenty of PDA. They also post photos and comments about each other on social media regularly, and Kunis posted an equally adorable photo of them yesterday (Feb. 26) on Instagram, along with the caption, “I love you @kutcher78.”

Although some baby rumors have also been flying around, it looks like the couple will be walking down the aisle before that happens.

Their That ’70s Show co-stars have a little something to say about the match made in TV heaven.

“Maybe they should get married. We’ll all go to the wedding and that could be the reunion,” said former co-star Kurtwood Smith. “It’ll be a reality show.”