Paula Deen finds herself in the middle of controversy once again after making a very questionable comparison. 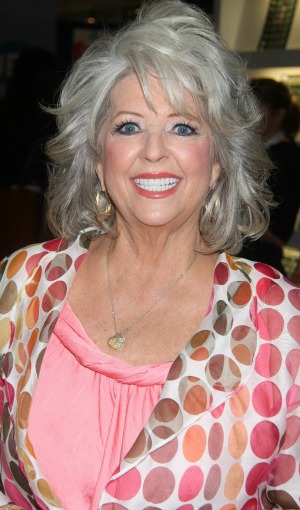 Paula Deen is doing what she can to make her comeback from a scandal, but is learning she is going to have to watch what she says if she hopes to win back her fans. The celebrity chef gave an interview to People magazine and didn’t hold back. She compared her fight to Michael Sam’s, a football player who recently came out as gay.

Paula Deen is back and guzzling the tequila >>

While Deen’s intention may have been in the right place, her words were not. For someone whose downfall was started by racist remarks, the comments only add to the drama that has followed her over the last year. Deen told People she is just “fighting to get my name back.”

Deen lost contracts and sponsorships after admitting to using the N-word. The admission came during a deposition she had to give as part of a sexual harassment lawsuit filed by a former manager.

“When I woke up each morning, it was like my world was crashing down again,” she said.

Paula Deen says no to Dancing With the Stars >>

Less than a year after the news was initially reported, Deen is working to get her name and her empire back. But she also knows there are worse things in life than losing your fortune.

“I used to have dreams that I lost everything,” she told People. “And when it finally happens, you think, ‘I’m still alive.'”