Jon Gosselin attacked ex-wife Kate Gosselin with a furious and crazy rant saying “she can go and f***ing die.” 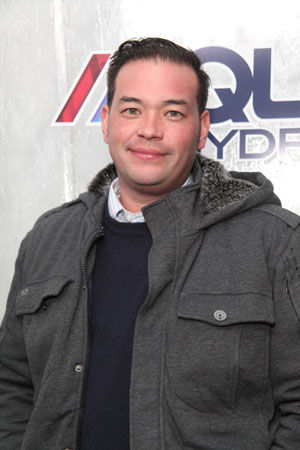 Jon Gosselin went on a rampage against his ex-wife Kate Gosselin, attacking her with a hate-fueled rant during a reality show episode, saying he just wants her to “f***ing die.”

In a new episode of Couples Therapy on VH1 airing on Thursday, Jon lost it after talking about his ex-wife Kate and went off on a rant, saying she can “go out and talk about the kids anytime she wants… She can go and f***ing die. There’s your honest depiction of Kate Gosselin. So f*** it. Piece of f***ing s***. What a s***ty human being.”

The ordeal began when Jon started explaining why he was afraid to publish a new book he wrote about his life with Kate titled Kate Gosselin: How She Fooled the World. Apparently, Kate sued him this past August, claiming Jon had hacked into her computer and phone to access private information to include in the book.

Later in the episode, Jon is seen having a heated phone conversation with his ex and then tells the cameras in a confessional that Kate doesn’t value him “as a human or man.”

Jon and Kate famously starred with their eight children in the reality show Jon & Kate Plus 8 before their bitter divorce in 2009. The pair has continued fighting and attacking each other, seemingly paying more attention to themselves than the kids.

“Jon and Kate need to focus on eight,” fellow Couples Therapy housemate and former Real Housewives of Beverly Hills star Taylor Armstrong said about the pair in her own confessional during the show. Jon, however, remains convinced that Kate is the one who needs to care more about the kids.

“That was my statement,” Jon said as the other housemates listened. “You hate me more than you love your children.”