Michelle Rodriguez seems to finally have met “the one” and it looks like she wants to get started on a family right away. 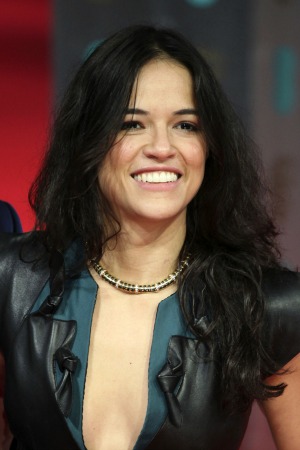 Michelle Rodriguez and Cara Delevingne only confirmed their relationship in the last month, but it’s already obvious they’re both completely smitten. Rodriguez is 14 years older than Delevingne (Rodriguez is 35 and Delevingne is only 21), but they are showing that age really is only a number.

Bad girl Michelle Rodriguez even rebels against herself >>

A friend of Rodriguez’s reportedly told the U.K.’s Daily Mail that the actress feels this relationship could be the one that lasts.

“Cara might be younger than her, but she honestly thinks this is ‘the one,'” the friend said. “Just before she met Cara she was talking about wanting a family within the next couple of years.”

That family could be coming sooner rather than later. The source continued by saying that Rodriguez “really wants a baby, and wants one soon. And now she has found Cara she thinks this could finally be the time to chase that dream.”

The actress has had a troubled past, and many failed relationships. But, according to the friend, Delevingne’s age may actually be the reason this relationship lasts. “Because of her troubled past, many of them have essentially had to be her babysitter or a mother figure to her.” But Delevingne is not playing that role this time.

“Sadly, due to Michelle’s troubled past, Cara’s family are not so sure,” the source told the newspaper. “They are not 100 percent pro this relationship and are in some ways willing it to end. The 14-year age gap between the girls concerns them as does Michelle’s wayward reputation.”

It was only a few months ago that the actress confirmed her sexual identity, telling Entertainment Weekly, “I’ve never walked the carpet with anyone, so they wonder: ‘What does she do with her vagina?’ Plus, I play a butchy girl all the time, so they assume I’m a lesbo.” When the reporter asked if those assumptions were true, she said, “Eh, they’re not too far off. I’ve gone both ways. I do as I please. I am too f***ing curious to sit here and not try when I can. Men are intriguing. So are chicks.”

The relationship is still very new, but it looks like both Rodriguez and Delevingne are exactly where they want to be right now. But the baby question is still very much unanswered.