Fan fave Maksim Chmerkovskiy is coming back as a pro dancer on Dancing With the Stars on the new season after he initially quit the show. 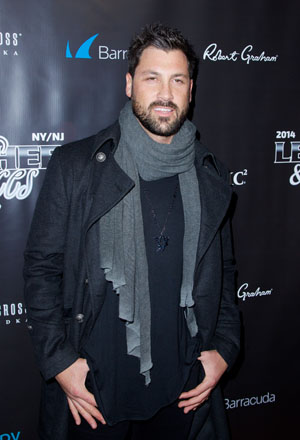 Dancing With the Stars fans rejoice! Maksim Chmerkovskiy is back on the show after a much-felt absence since quitting the show two seasons ago.

Chmerkovskiy left the dance competition reality series in 2012 after his contract expired and said he wanted to pursue other endeavors. But, it seems as if he’s made a new deal with DWTS producers and he’s back on the dance floor.

That was fast! Dancing With the Stars names new co-host >>

At the time he quit two years back, Chmerkovskiy explained to The New York Post that he was done trying to help reignite stalled celebrities. “Essentially, 80 percent of our job is to give somebody another push in their career. I loved doing it. But to be honest with you, at 32, I am at what-about-me time.”

The outspoken Ukrainian went on to appear on an episode arc in General Hospital and filmed two movies. However, it now seems he’s not ready to give up on dancing with celebrities and will be back on DWTS for at least one more season.

During Andrews’ stint on the show in Season 11, Chmerkovskiy was her dance partner and the two shared unmistakable chemistry together. “I am curious to hear how he feels about Erin Andrews hosting,” a source told Us Weekly.

Indeed, it will also be very interesting to see how DWTS launches its new season among all the new changes and recent upheavals.