Philip Seymour Hoffman sadly died on Feb. 2, and instead of having time to mourn Hoffman’s death, his close friend David Bar Katz was instead involved in rumors and legal battles. Is it all over? 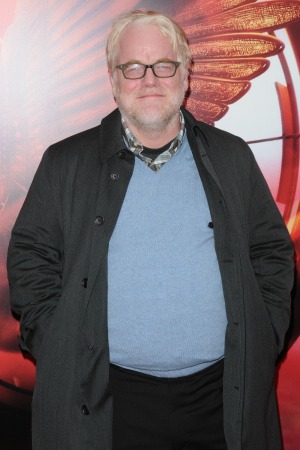 The world was left in mourning for Philip Seymour Hoffman on Feb. 2 after he was found dead in his Greenwich Village apartment in New York City, New York, but the rumors that surfaced after the acting legend’s death confused and upset many.

One such rumor that originated from The National Enquirer suggested that The Master actor was involved in a sexual relationship with his longtime friend and New York playwright David Bar Katz.

However, this was not the case, and the publication was not just slapped on the wrist for defamation — it faced a hefty $50 million defamation lawsuit for the “complete fabrication” of the article.

The issue surfaced when someone falsely claiming to be Katz said he and Hoffman were lovers, and the publication chose to publish the story.

According to E! News, both parties have come to a settlement, and Katz has received some money from The National Enquirer, which he will use to support his new foundation, the American Playwriting Foundation. There will also now be an annual prize of $45,000 created in his dear friend Hoffman’s honor and awarded for an unproduced play, offering a chance to help aspiring playwrights start off their careers.

According to The Hollywood Reporter, the prize will be called the “Relentless Award” to remember “Hoffman’s dogged pursuit of artistic truth,” and this will be funded by The National Enquirer.

Katz was one of two people who sadly found Hoffman’s body on Sunday, Feb. 2, and not only did The National Enquirer quote the fictitious Katz who claimed he and Hoffman were lovers, the publication also wrote that the two had used cocaine the night before the actor’s death.

The publication has been forced to write an apology, admitting it was tricked by Katz’s impersonator. And apologize it should because the playwright first discovered the rumors about he and Hoffman being lovers when his 14-year-old son alerted him to the internet buzz. Katz told the New York Times that his son said, “‘Dad, there’s something online about you and Phil being lovers.'”

“I said, ‘Phil would get a kick out of that,'” Katz recalled.

Katz also revealed that Hoffman “spoke often with him about addiction and his pursuit of sobriety.” However, The Ides of March actor never did drugs in the presence of Katz, and what truly upset him was not the rumors that he and Hoffman were gay, but the fact that the article made it seem like Katz had abandoned his friend during his time of need.

Katz told the New York Times, “The issue was never me being outraged at being accused of being gay — we’re theater guys, who cares? The issue was lying about the drugs, that I would betray my friend by telling confidences.”