Our favorite Russian spies are back together and better than ever! But when an attack hits closer to home, the couple has to decide where their loyalties really lie. With the Mother Land or their family? 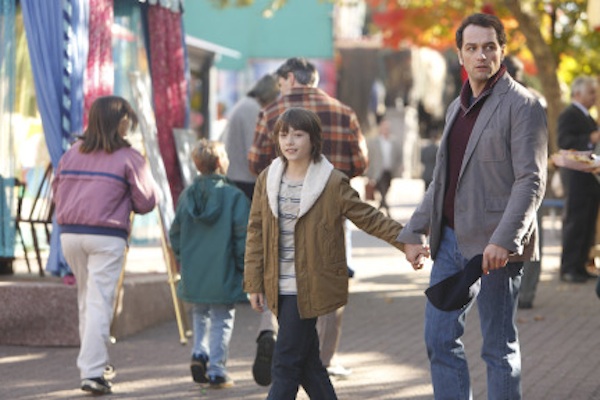 It’s the 1980s and Elizabeth (Keri Russell) and Philip (Matthew Rhys) are just normal, hard-working suburban parents — who have countless affairs, second spouses on the side and murder people in their trunks (in old buildings, in parking lots… really anywhere will suffice). You know, just a typical day for K.G.B. operatives living in America.

Things seem better for the couple since we last saw them. Well, at least on the surface. Philip and Elizabeth are keeping up appearances trying to work out their marriage problems as they raise a couple of preteens. The are working hard at keeping their work life separate from their home life, but it looks like they won’t be able to for long.

Coincidentally, for ultimate dramatic purposes, their neighbor, Stan (Noah Emmerich), is the F.B.I. agent who has been tracking the elusive Russian spies for some time. Despite Elizabeth and Philip’s rigid body language and fearful expressions every time they are asked a personal question, Stan has yet to suspect them of anything. At all. They are clearly hiding something, Stanley. Maybe one doesn’t have to take the leap to K.G.B. agents right away, but a background check may be a good place to start. I’m starting to question this guy’s job ability.

Is Keri Russell dating her co-star? Find out! >>

But, maybe he’s just too distracted with the young and beautiful Nina? She plays the damsel in distress so well. Those doe eyes, her constant neediness and her willingness to jump in the sack keep Stan coming back for more. It’s hard to tell if he still considers his relationship with Nina part of his job. Does he think that having the affair will keep her as a reliable informant? Will he be able to write off all those hotel stays at the end of the year? Or has he finally blurred the lines and gotten in over his head emotionally?

It might not be clear what Stan really feels, but it’s obvious his wife Sandra (Susan Misner), is on the verge of a nervous breakdown trying to save her marriage. Since last season she’s been wrestling with Stan’s distance, but now she knows about the affair. She has to live with it every day, which leads her to seek advice from TV self-help gurus. You know you’re in a bad place when you’re getting your love therapy from a PBS telethon. 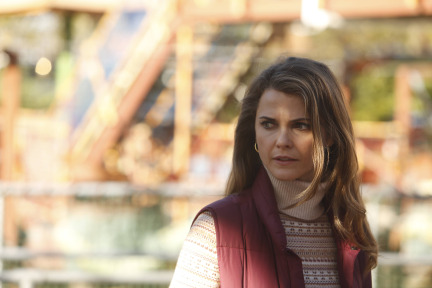 The big news of the night was a tad bit cheeky, but is clearly setting up the drama for the season. Elizabeth, wounded, almost gets hit by a car and spots a family of deer in the headlights. This is obvious foreshadowing that trouble is brewing for the entire Jennings clan. It becomes even more apparent that this is where the season is heading when another sleeper couple and one of their children is murdered at the fair, participating in innocent American family pastimes.

Elizabeth has always been a loyal servant of Mother Russia, but how will her own motherly instincts affect her job if trouble strikes closer to home?