Tinseltown took to Twitter to voice its relief when what many felt to be an anti-gay bill was vetoed on Wednesday. 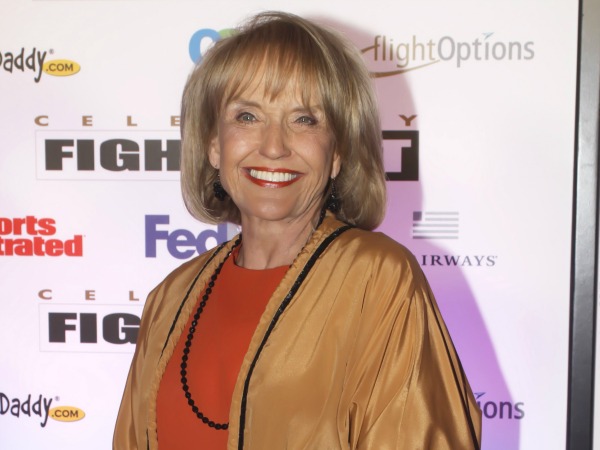 Last Thursday, the Arizona Legislature passed bill SB 1062, which has been dubbed the “turn away the gay” bill, by a vote of 33-27. On Wednesday, Arizona Gov. Jan Brewer vetoed the bill and tweeted a photo of herself in the act of doing so.

Supporters of the bill said it would allow businesses to deny services to people based on religious belief. While the bill doesn’t come straightforward and use any language specifically aimed at homosexuality, in an interview with Anderson Cooper on Monday night, Arizona Sen. Al Melvin could not offer any insight about other groups of people who would legally be turned away by businesses under the law. Cooper announced on his Twitter feed very simply that the SB 1062 had been vetoed, but he allowed his interview from Monday to speak to his feelings on the bill.

Brewer also made a statement via Twitter on Tuesday afternoon, claiming she would always do the “right thing for Arizona.” Many business owners in the state were adamantly against the bill and believed it could hurt the economy. The bill has been causing outcry countrywide. The 2015 Super Bowl is in the works to be hosted in Arizona, and there had even been talks of a boycott if the bill was passed.

Before Gov. Brewer made her final decision, on Wednesday Denis Leary and Arizona Diamondbacks pitcher Brandon McCarthy took to Twitter to show their support for equal rights.

Mia Farrow, who is very outspoken about causes close to her heart, literally rejoiced when Brewer’s decision came down.

And the ever articulate George Takei was quick to give a statement as well.

James Van Der Beek of Dawson’s Creek fame had this to say about the bill:

What do you think about Gov. Brewer’s decision to veto SB 1062? Did she do what’s best for Arizona?