Lisa Kudrow lost a major lawsuit to her former manager after years of battling it out in court. 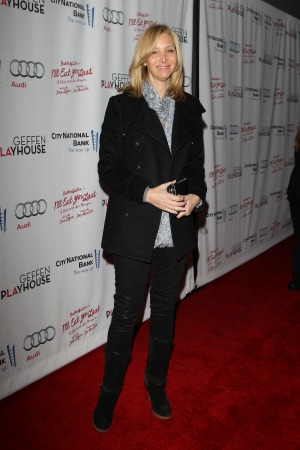 On Wednesday, Lisa Kudrow lost a major lawsuit that will definitely hit her in the wallet pretty hard. Her former manager, Scott Howard, won a judgment against the former Friends star for $1.6 million in residuals from the hit TV show.

The 50-year-old actress even took the stand last week saying she didn’t owe Howard a five percent cut of her earnings even though their working relationship began with an oral agreement in 1991. The lawsuit had a very long history in the court system since the entertainment executive filed it in 2008.

Lisa Kudrow opens up about her nose job >>

According to The Hollywood Reporter, Kudrow fired Howard in 2007. She claimed on the stand that they agreed she would only pay commission on the first set of residuals. However, Howard’s expert witness, Martin Bauer, testified that managers are paid in perpetuity for any gig a client takes while under the representation of that firm.

Originally, Kudrow won the lawsuit, but the California Appeals Court jury ruled against her. While it is a large judgment against the star, don’t feel too badly for her. The former NBC actress first earned $13,500 an episode which eventually increased to $1.04 million an episode for the final season.

Her residuals from the hit show, which is now in syndication, continue to this day. She is also currently appearing on ABC’s Scandal this season.

As for Howard, he did pretty well, too. In addition to the $1.6 million lawsuit, he earned $11 million in the 16 years he represented her in Hollywood.