Seth Rogen is always the comedian, but he put on a (mostly) serious face while testifying to a Senate committee about a cause close to his heart. 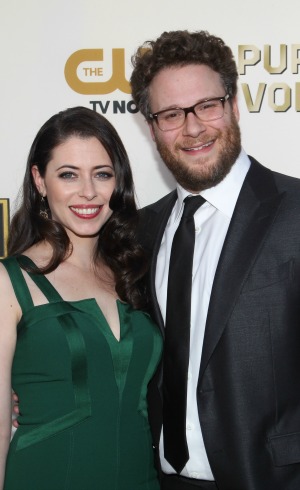 Seth Rogen is rarely seen by the public outside a comedy setting, but he showed up to a Senate committee Wednesday, Feb. 26, to talk about a very serious issue. Rogen’s mother-in-law suffers from Alzheimer’s and he wanted to share his experiences, but that doesn’t mean he didn’t bring his comedic personality.

Rogen met his wife Lauren’s mom when she was in her mid-50s. He opened his testimony by explaining that before he met her, he thought “it was something only really, really old people got” and involved “forgetting your keys and mismatched shoes,” ABC News reported.

“After forgetting who she and her loved ones were,” Rogen said, “she forgot how to speak, feed herself, dress herself, all by the age of 60.”

The comedian’s speech was both heartfelt and humorous at times.

“I came here today for few reasons,” he explained. “One, I’m a huge House of Cards fan. Two, people need more help. I’ve personally witnessed the massive amount of financial strain this disease causes. Three, to show people they are not alone. So few people share their personal stories.”

Rogen added that 5 million Americans have Alzheimer’s now, but in 35 years, it will be up to 16 million. According to the Alzheimer’s Association (via ABC News), this equates to a cost of $200 billion to take care of those with the disease.

Rogen and his wife started an organization to inform teens about Alzheimer’s, Hilarity for Charity, explaining that the stigma Alzheimer’s currently has should be compared to that of cancer years ago.

“Americans whisper the word Alzheimer’s,” he said. “It needs to be yelled and screamed.”

Seth Rogen’s next project has him bringing the Sega vs. Nintendo battle to life on the big screen.