Robin Thicke is grateful for the support of his fans after the news of his split from Paula Patton. 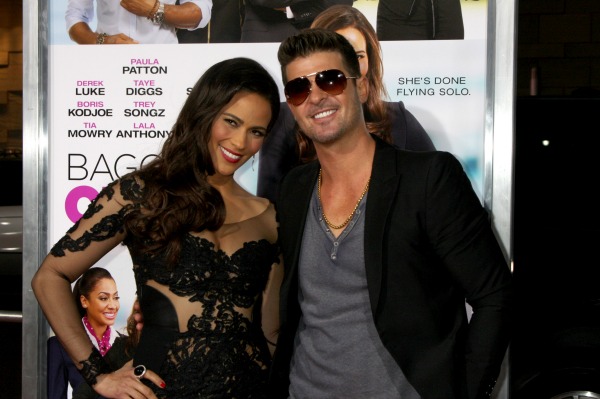 He’s getting no love from his soon-to-be ex-wife Paula Patton, but Robin Thicke is grateful someone still cares: his fans.

In a message on his website (broadcast via Twitter), Thicke thanked supporters for sending their thoughts to him since the news of the couple’s separation broke earlier this week.

5 Reasons the Thicke/Patton split was inevitable >>

“I want to thank everyone for the well wishes these last few days,” Thicke wrote. “My fans mean everything to me. I’m looking forward to getting back on out on the road and performing in Washington DC this Thursday, and the rest of the tour. Looking forward to seeing everyone out there!”

That tour has gotten off to a rocky start so far. Thicke canceled two shows last weekend, one in Atlanta and one in Orlando, citing voice troubles — but insiders say the real reason was that he flew to Vancouver in an unsuccessful attempt to woo back his high school sweetheart.

Thicke was later seen at Disney World with the couple’s son Julian.

Heated rumors have plagued the “Blurred Lines” singer since the MTV Video Music Awards, when a picture began circulating on Instagram showing him getting handsy with a fan at an after-party. He was more recently spotted dancing with another woman in a Paris club quite suggestively — and his wife was nowhere to be seen.

Patton has yet to comment on the split beyond the couple’s joint statement.