The latest The Bachelor star Juan Pablo Galavis has been making headlines for all the wrong reasons, and the former winner of The Bachelorette Jef Holm thinks he’s sleazy. 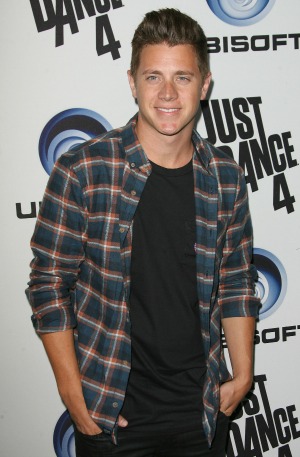 The latest The Bachelor star Juan Pablo Galavis has not been without his criticisms this season, and he has managed to make headlines for all the wrong reasons.

First, he caused a stir with his anti-gay comments during an appearance on the website The TV Page. However, Galavis clarified the misunderstanding and said it came down to a language barrier.

However, now it appears he does not have a friend in the The Bachelorette Season 8 winner Jef Holm, either.

Women from across the nation may be throwing their hearts at Galavis’ feet, but Holm thinks he’s rather sleazy.

Holm revealed his thoughts to Us Weekly on Saturday during the 102.7 KIIS FM Bachelorette Party at the Morongo Resort and Casino in Cabazon, California.

“I think he’s by far the sleaziest Bachelor that’s been on the show. He basically just hooks up with the girls.”

The entrepreneur went on to explain his suggestion that Galavis is sleazy, saying, “I’ve had the chance to talk to a few of the girls from his season who have been at events and things, and I mean there are very few good things that have been said about him.”

“I actually don’t know of any good things that have been said about him.”

Harsh words for Galavis! Of course, during the course of ABC’s hit reality TV series The Bachelor, some hearts are bound to get broken, and that is most certainly cause for the women to not like the current The Bachelor star. However, is there a reason for Holm to dislike him?

Holm confessed, “He doesn’t seem likable at all. It kind of seems like he’s in it for fame. I know a lot of the guys from the show, and you can kind of tell the guys who are doing it for good reasons… who really want to find somebody. He likes the attention, he likes the fame, he likes the girls to kiss him and hang out, and I just think people read through it a lot.”

However, even though Galavis does not have a friend in the former The Bachelorette winner, someone else has sung his praises — previous The Bachelor contestant and The Bachelorette Ali Fedotowsky. Fedotowsky previously told SheKnows what she thinks of Juan Pablo, saying, “He just came on E! News the other day and I interviewed him and he was so nice.”

“Honestly, he was so cool. I was telling him how me and my girlfriends watch the show together and he was like ‘Oh, I’ll come surprise them with you if you want me to.’ And I just really like him, I think he’s a good, good dude.”