Have Rihanna and Drake rekindled their romance? Well, their sexually charged performance during the rapper’s Would You Like a Tour? concert in Paris, France, may suggest so! 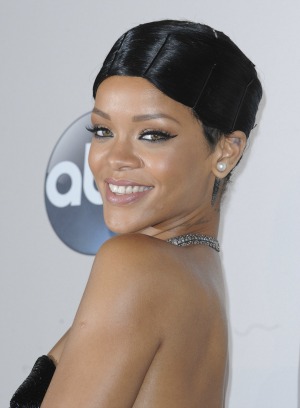 Rihanna and Drake have been spotted spending a lot of time together in recent months, and this has caused speculation as to whether the pair have rekindled their romance or if they are just good friends.

However, if romance is on the cards, Paris — the city of love and lights — will certainly do the trick. The Barbadian beauty was spotted attending Drake’s Would You Like a Tour? concert at the Palais Omnisport de Bercy in Paris, France, on Monday.

And fans were in for a little surprise when Rihanna took to the stage with Drake to perform her hit track “Pour It Up” before joining Drake for their duet “Take Care.” The pair’s sexually charged performance during the concert has only added more fuel to the relationship rumors.

According to Us Weekly, the “We Found Love” songstress was also spotted supporting the “Nothing Was the Same” rapper in the audience. The pair were then photographed later on in the evening when they attended Club 77 together. This story sounds familiar, right? Not long ago, Rihanna showed up to support Drake during the Houston, Texas, leg of his show, after which the pair enjoyed a steamy night at a strip club together.

The source revealed to Us Weekly that Rihanna was trying her best to be inconspicuous at Club 77, saying, “She didn’t want to be seen at all. She kept her head down and charged through to the back of the club with her friends.”

“They had a private space and stayed there most of the time. Drake looked very tired, but was smiling around Rihanna. They chatted, danced a little, and seemed close.”

According to E! News, the pair were also spotted on Monday night at the Soixante Dix Neuf nightclub in Paris. Could things be heating up again with Drake and Rihanna? Or are the pair just friends?

Watch their performance here and tell us what you think