Ahead on Girls: Marnie gets a new job and becomes more vocal, and Hannah thinks her relationship might be on the line. We know how it’ll all go down. 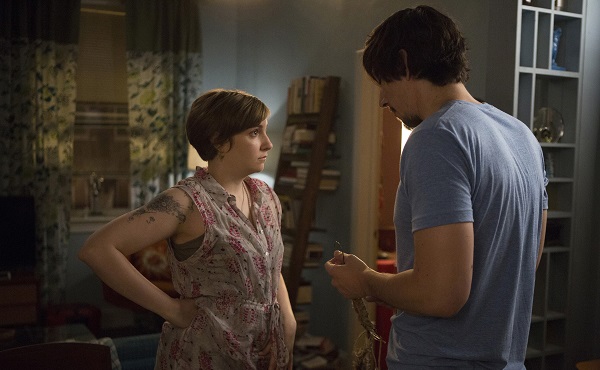 A new month brings a new round of Girls episodes from HBO. Based on the cable network’s press release, we were able to put together a few interesting predictions and realities. What’s ahead? Marnie gets an interesting new job and Hannah (Lena Dunham) doubts her relationship. Try to keep up….

HBO says that in the March 10 episode, “Role-Play,” that “Marnie (Allison Williams) begins working at Soo Jin’s (Greta Lee) art gallery, though not in the role she expected.” We last saw Soo Jin when Marnie ran into her at the yogurt place and Marnie learned she was opening an art gallery. When Marnie offered to help her market it, she was kind of blown off. (To Soo Jin’s “defense,” it seemed more flighty, like she just didn’t know what Marnie was suggesting.) So, will she be working to help her pimp out the gallery, or will Marn step on board in a new way? Our guess is that her gallery appearance will come in one of two ways:

We’ll see more of her singing in the next episode, March 16th’s “I Saw You,” when Marnie performs at an open mic night.

That time Kim Gordon showed up on Girls >>

Will Hannah and Adam finally implode?

The end of Adam and Hannah’s relationship has seemed inevitable pretty much from the beginning. Sure, Adam takes care of Hannah and keeps her sane when everyone else is over her drama. But each of them are space cases in their own way. As Hannah continues with her current career in advertorials and Adam does acting… or sculpting or whatever, it seems they’ll continue to float in their own galaxies, just occasionally bumping into each other.

It might all come to a head later in March, though. Hannah will spend a night out with her new co-workers, and when she gets home and finds Adam unconcerned, she’ll worry he doesn’t care about her anymore. A mature person would recognize that Adam understands the need for personal space and individual experiences. But will Hannah assume the worse? And once she does, will the blowout that follows serve to be their last blowup? The cycle will begin on March 9, but it sounds like everything will really change during Adam’s opening night in the March 23rd episode, “Two Plane Rides.”

How will it all go down? We’ll have to watch Girls together and find out!