Well, well, well. I thought Shakira had left all the surprises for her last hit featuring Rihanna. That sensual number still was in line with Shakira’s feline femininity, but this new single unwraps a new side to her newer fans may not have known exists. 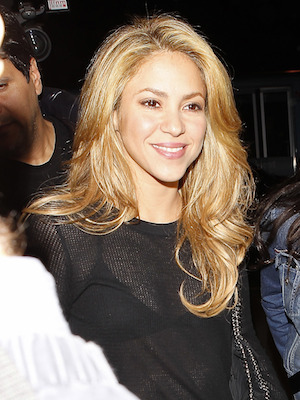 What if Drake came out with a country single?

Or, what if Taylor Swift came out with a rap hit?

Not only would you be skeptical, but you would likely laugh until your abs were ready for summer.

Spend time doing what you really love, and let us update you with all you need to know — sign up for our newsletter >>

Such is my reasoning for Shakira‘s latest single “Empire” and the subsequent confusion. Shakira is her hips and her froggy-chic voice. She’s been a “She Wolf” longer than I think the word has even existed.

Shakira has a fandom, and she’s got the numbers to prove it >>

So whether she’s being a sweetheart or a vixen (which the latter still took me by surprise in her last music video), she’s always sweating sexiness and wiping it up with her unparalleled vocal charm.

But I didn’t know who she was for “Empire.” That’s because I have been around only long enough to know of her more mainstream hits.

Anywhere you look, regardless of who is reporting, this single is a winner. Why? Because it’s an anthem. Because it’s empowering but still tender, charming but not overwhelming, with a message that sounds subtle but is significant. But if you notice, all of those qualities describe Shakira — it’s just this song doesn’t sound like the Shakira that’s become a household name stateside.

The Latin charm that she otherwise exudes seems absent, and it resembles hits on the alternative rock/easy rock spectrum. What if Annie Lennox merged with Lenka? That is the crossroad named “Empire.”

The Colombian songstress has emerged with this seemingly new side and a product that has her being both edgy and vulnerable. Longtime fans may recognize this Shakira from her earlier albums. But all I can say definitively is that whoever is helping her plan her releases deserves every penny he or she is receiving. This couldn’t have come at a better time. Shakira’s getting ready to release new work, and we’re all eagerly anticipating it. The self-titled 10th album Shakira will be out on March 25.

How does she find the time between being a devoted wife and mother, passionate artist and crafty businesswoman? I can barely find a way to put on socks on the right feet in the morning! Check out the release below.