Justin Bieber certainly has been no stranger to trouble lately, and today the young singer finds himself amid more controversy. 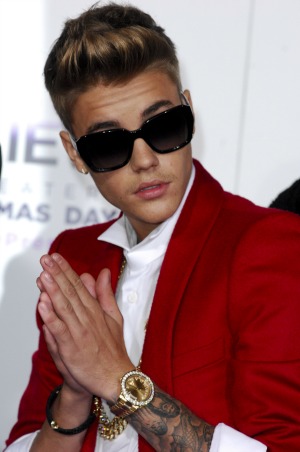 Justin Bieber and his crew have been living it up in the South recently, helping to keep Georgia just a little bit dirtier. Today was no exception as TMZ is reporting that a member of Bieber’s security team was placed under arrest and may be charged with theft for stealing a camera from a paparazzo.

This all went down this afternoon as Bieber was enjoying himself inside an amusement park in Atlanta. As Bieber’s guard came out to calm the waiting crowds of people, he got into it with one of the paps, grabbed the camera, jumped in a waiting Escalade and told the driver to scram. The authorities found the Escalade at the home Bieber is renting and discovered the stolen camera inside. TMZ reported that the police have yet to decide if they will put the driver under arrest also.

Justin’s crime spree has been on a roll lately. He’s faced issues ranging from minor (he’s looking at charges regarding a house egging incident in Los Angeles), to violent criminal assault charges in Toronto and downright scary (he was arrested on DUI charges in Miami for driving under the influence of marijuana and Xanax). Proving that birds of a feather flock together, several members of Bieber’s entourage have been arrested for various infractions including Lil Za who was arrested for the possession of drugs in Bieber’s home.

It definitely seems that people in North America are losing their Bieber buzz. As you might recall, just last week there was a running joke at the Olympics that the loser between the Canada and U.S. hockey match would be forced to claim Bieber for their respective country. There’s also been a recent campaign to have Bieber deported, and it actually seems to be legitimate.

Rumor has it that Bieber has been on a real estate hunt in Atlanta, and surely his neighbors in Los Angeles are breathing a sigh of relief. But if this kind of behavior keeps up, how long will it be before he’s ousted from the South? The Midwest is calling Justin! Better get your cow-tipping boots on!