Arizona Senator Al Melvin finds out the hard way that it won’t be so easy to “turn away this gay” as he is interviewed by Anderson Cooper on the journalist’s CNN show. 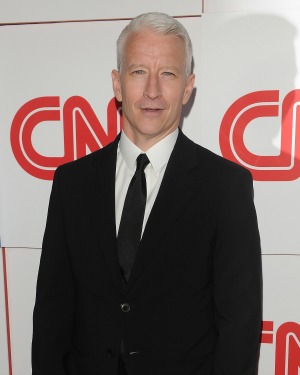 On Thursday, the Arizona legislature passed bill SB 1062, which has been dubbed the “turn away the gay” bill, by a vote of 33-27. Anderson Cooper brought Arizona State Senator Al Melvin on his CNN show Monday to try to get some facts straight. It seems that in Senator Melvin’s mind, the only people being discriminated against in the state of Arizona are people practicing religion.

Anderson Cooper’s coming out story told with a giggle >>

According to The Washington Blade, the bill would allow businesses to deny services to people based on religious belief. While the bill doesn’t come straight forward and use any language specifically aimed at homosexuality, Melvin makes it very clear in the exchange with Cooper that the law is not going to be directed towards other groups of people that might fall under the umbrella of challenging the religious beliefs of others.

Cooper, who publicly spoke out against Alec Baldwin’s homophobic slurs in November, repeatedly implores Melvin in the interview, seemingly begging the senator for a specific example where a person’s or business’ religious beliefs had been challenged. Melvin finally relented, admitting he did not have an instance to speak of.

“Under this law, you say it’s all about protecting people of faith in Arizona,” said Cooper. “Can you give me a specific example of someone in Arizona who has been forced to do something against their religion or successfully sued because of their faith?” When Melvin couldn’t come up with a straight answer other than a lot of blinking and a sideways smile, Cooper continued, “You can’t give me one example of this actually happening.” Senator Melvin replied, “No, I can’t. But we’ve seen it in other states and we don’t want it to happen here.”

When Cooper, who is no stranger to controversy himself, questioned whether divorced women or unwed mothers would be discriminated against or denied loans under his law because Jesus spoke against divorce and unmarried sexual relations, the senator played dumb. Perhaps he should consider leaving politics for the bright lights of Hollywood. “Who would discriminate them? I’ve never heard of anyone discriminating people like that,” said Melvin.

Hey, Senator Melvin, next time you get interviewed on CNN, you might want to bring some more ammo. I hear there is plenty of that in Arizona.