Bill Murray and Harold Ramis have worked together on multiple films, but have been at odds for more than 20 years. He issued a statement about Ramis’ death, but it’s a little lacking in any sort of warmth. 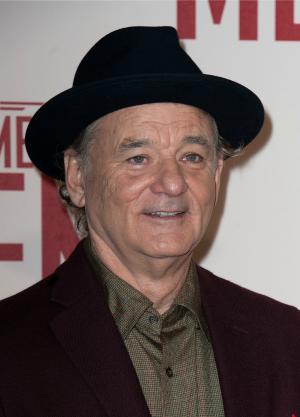 Harold Ramis’ sudden death left Hollywood in shock, and many friends and former co-stars in mourning. Bill Murray worked with Ramis on numerous projects over many decades, and finally opened up about losing a friend (or, former friend).

“Harold Ramis and I together did the National Lampoon Show off-Broadway, Meatballs, Stripes, Caddyshack, Ghostbusters and Groundhog Day,” Murray told Time magazine. “He earned his keep on this planet. God bless him.”

Murray’s short statement says a lot about the relationship he had with Ramis, especially over the past two decades.

Ramis was a talented actor, writer and director, was Murray’s co-star in Stripes and the two Ghostbusters films, and wrote Meatballs and Caddyshack. Ramis also directed 1993’s Groundhog Day, but the two friends had a falling out during production. According to The New York Daily News, that was due to Murray’s “erratic” behavior.

“At times, Bill was just really irrationally mean and unavailable; he was constantly late on set,” Ramis told The New Yorker in 2004. “What I’d want to say to him is just what we tell our children: ‘You don’t have to throw tantrums to get what you want. Just say what you want.'”

The director said Murray stopped talking to him after the filming of Groundhog Day, and 11 years later they were still at odds.

“It’s a huge hole in my life,” Ramis added in the interview. “But there are so many pride issues about reaching out. Bill would give you his kidney if you needed it, but he wouldn’t necessarily return your phone calls.”

It’s not clear if the two ever repaired their friendship. But, according to the Chicago Tribune, Murray and his brother Brian Doyle-Murray visited Ramis before his death, suggesting a reconciliation. But based on Murray’s short statement, it’s not clear if that actually happened.

Many other former co-stars of Ramis’ have also commented on the loss of such a talent. Another Ghostbusters star, Dan Aykroyd, said, “Deeply saddened to hear of the passing of my brilliant, gifted, funny friend, co-writer/performer and teacher Harold Ramis. May he now get the answers he was always seeking.”

Chevy Chase issued a statement that said Ramis was “a truly great friend and a great man.

“It was Harold who acted out and gave me the inspiration for the character of Clark Griswold,” Chase added. “I was really copying Harold’s impression of Clark. He was a truly funny and highly intelligent man with great honesty and a great appreciation for the best kind of comedy.”