News of Harold Ramis’ death has spread from Hollywood to Washington. Tuesday, President Obama shared his thoughts on the actor’s passing. 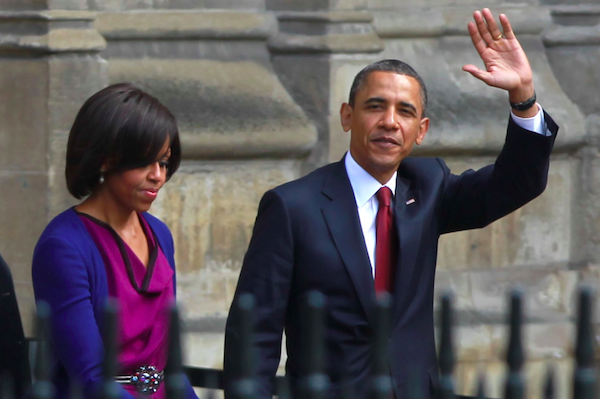 The world is still reeling from the loss of comedy legend Harold Ramis. The actor, writer and director left behind a legacy that started in his hometown of Chicago. No matter how big his career got, Ramis remained a Midwesterner at heart. Because of that humility he became an inspiration to those in Chicago and beyond.

Shortly after Ramis’ passing, President Obama released a formal statement (via Variety) eulogizing the star. Both he and his wife, First Lady Michelle Obama, were deeply saddened by his death. Before becoming commander in chief,  President Obama served as a member of the Illinois Senate from 1997 to 2004. He resided in Chicago for years, so he and Ramis share that connection.

“Michelle and I were saddened to hear of the passing of Harold Ramis, one of America’s greatest satirists, and like so many other comedic geniuses, a proud product of Chicago’s Second City,” Obama said in a statement. “When we watched his movies — from Animal House and Caddyshack to Ghostbusters and Groundhog Day — we didn’t just laugh until it hurt. We questioned authority.

“We identified with the outsider. We rooted for the underdog. And through it all, we never lost our faith in happy endings. Our thoughts and prayers are with Harold’s wife, Erica, his children and grandchildren, and all those who loved him, who quote his work with abandon and who hope that he received total consciousness.”