Did you know Jason Momoa almost starred in Marvel’s Guardians of the Galaxy? The actor recently opened about who he almost played and why it didn’t work. 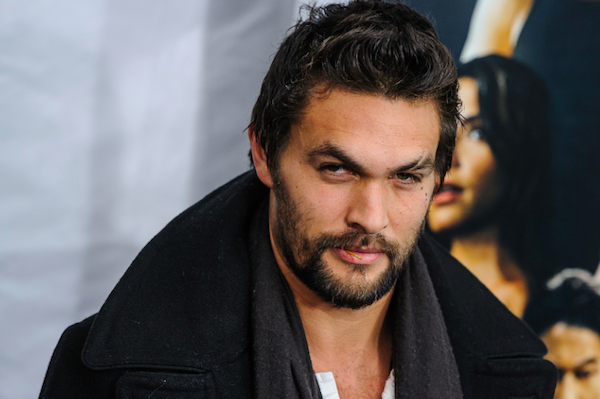 Jason Momoa is extremely handsome and has charisma for days. Therefore, he seems like the perfect catch for a superhero film, but the actor missed out on a major role in this summer’s Guardians of the Galaxy. While promoting his new series The Red Road, Momoa discussed what went wrong between him and Marvel.

Momoa was rumored for the part of Drax the Destroyer, who travels the world seeking revenge after his family is killed. “I want my children to see their father happy,” Momoa said (via Zap2it). “It’s not that it’s not a good role, it just wasn’t the right thing. I was on Stargate: Atlantis for four years playing a similar character called Ronon, who was an alien who didn’t say much and grunted. I’ve been there and done that, whether people have seen it or not. You want to stretch.”

The actor bears no ill will toward Dave Bautista, who eventually landed the part. He believes the character is right up his alley. “I think it’s perfectly cast. Dave is perfect for that role, for Drax. It didn’t really fit in my time because I’ve done so many things where I don’t say much and I’m colored up and I have my shirt off again.”

Vin Diesel gets tree-like for Guardians of the Galaxy >>

We wouldn’t mind seeing him with his shirt off again, but we understand his apprehension. You can watch Momoa in the new Sundance Channel series The Red Road, which premieres Feb. 27. It’s the network’s second scripted original series and it co-stars Martin Henderson, Julianne Nicholson and Tamara Tunie.