Josh Brolin seems to be enjoying his time in Italy. He was spotted packing on the PDA with a new woman, his assistant Kathryn Boyd. 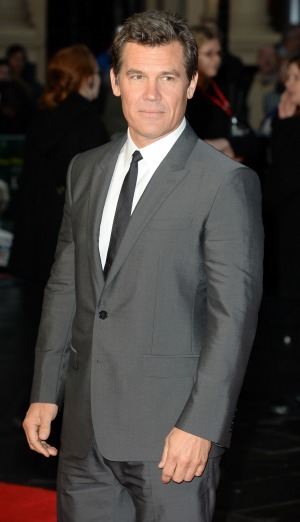 Things appear to be going pretty well in Josh Brolin’s love life right now because he was just spotted smooching a beautiful blond woman in Rome, Italy, on Sunday.

What Labor Day author had Josh Brolin do with his hands >>

And the No Country for Old Men actor wasn’t spotted getting romantic with just any woman — the lady in question happens to be his assistant Kathryn Boyd.

Brolin is in Italy working on the film Everest, which tells the emotional story of the expedition up the world’s highest mountain in 1996 that resulted in the death of eight people.

Whether it’s the romantic city of Rome that brought out Brolin’s soft side or if he’s really quite interested in Boyd, we’re not yet sure, but according to Us Weekly, Boyd and Brolin are a couple and have been dating since March 2013.

The pair certainly looked very happy in each other’s company as they packed on the PDA. A source told Us Weekly that the two walked around the Eternal City together before taking a break on some steps to cuddle.

It’s good to see the actor find some happiness in his life again. He has been single since filing for divorce from his wife of eight years, Diane Lane, in February 2013.

The Gangster Squad star‘s divorce was finalized in November 2013, and he was in a bad place at the time. In the same month, he was forced to undergo a stint in rehab for substance abuse problems after a series of drunken incidents.

Could Brolin have found happiness in Boyd?