Lily Collins is about to tackle sex and the city in How to Be Single. The actress will star in the Drew Barrymore-produced romantic comedy. 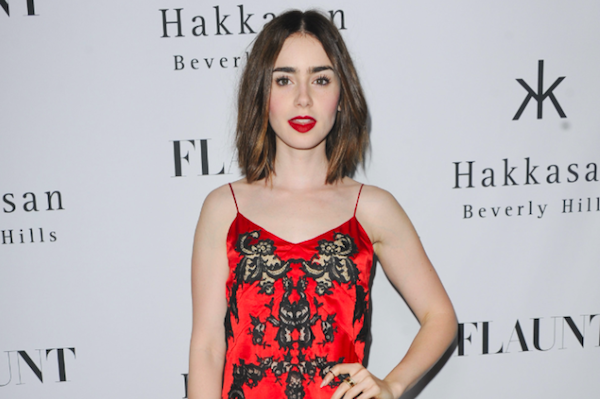 If you’re a fan of He’s Just Not That Into You and Valentine’s Day, you’ll love Lily Collins’ new film. The actress has been tapped to star in the upcoming feature How to Be Single. It will be directed by Christian Ditter, who previously helmed Love, Rosie, which also starred Collins.

According to The Hollywood Reporter, Drew Barrymore and Nancy Juvonen will produce How to Be Single through their Flower Films banner. The movie is based on the novel of the same name written by Liz Tuccillo. Publisher’s Weekly says the story “follows the dating lives of five single New York women, one of whom, narrator Julie, is writing a book about how bachelorettes across the world manage.”

Dating questions answered: How do I know if he likes me? >>

The film will also chronicle the relationship ups and downs of the group over the course of 10 years. It’s expected to be another multistory rom-com similar to the aforementioned He’s Just Not That Into You. This will be a welcome change of pace for Collins, whose previous work was a little on the dark side. Last summer, she played the lead in the supernatural thriller The Mortal Instruments: City of Bones.

Unfortunately, the film wasn’t a huge box office success. The status of the planned sequel is still up in the air. Meanwhile, if How to Be Single is an ensemble romantic comedy, we can’t wait to see the rest of the cast.

Who do you think should join Lily Collins in How to Be Single?